Work smarter, not harder: Leaving the tools behind for $187,000pa passive income.

Five years ago, Natalie and Scott had no passive income and a building business that was running them ragged. In five years they’ve completely changed the game, and have set themselves up for life.

Dymphna Boholt has a particular affection for moving builders away from working in their business to working on their business. Freeing up more time for the good life.

Natalie and Scott were building industry stalwarts, so deep in the doing, they had no idea there was any other way to buy more time and build wealth.

That was until they they happened to connect with students of Dymphna Boholt’s, who recommended that they go along and listen to what she had to say. There’s no such thing as coincidence as they say; it was a couple of weeks out from Dymphna’s seminar so they signed up.

“You can genuinely make money, often a lot more money without being on the tools.” – Scott

For Natalie and Scott, building weatlh was important, but freeing up their time and putting their building company to rest was the ultimate goal.

Natalie and Scott had two children and a third on the way. They wanted to invest in their family.

But to do that, they figured they had to generate $80,000 a year in passive income.

That was their goal.

The couple’s first home was never intended to be an investment. They had renovated to make it their own, using Scott’s skills as a builder. They enjoyed the property and when it came time to upgrade, they managed to sell for a bonny profit.

“It was a bit of a fluke!’ remembers Scott. ‘We never knew anything about real estate investing at that point.’”

But it did leave them with $328,000 in equity, and with equity comes options.

The first purchase after joining Dymphna Boholt’s community was a rather grotty duplex.

Natalie and Scott worked on the property on weekends while trying to keep their small humans out of the mess.

“Our first deal made us realise, oh, this really works, this cash flow thing is real! We were so excited.” – Natalie

The property began pulling in $20,000 per annum and the couple realised this process really works.
This cash flow was a major confidence booster. The family took a holiday to celebrate.

Deal 2: Reno and hold to free up funds

An opportunity to purchase an apartment sprung up just as the renos on the previous duplex reached completion.

They like the fact that a body corporate looked after the outside of the property, meaning they only needed to focus on the inside of the building. A cosmetic lift requires a lot less work.

As it happened, double luck was upon them. Natalie and Scott purchased the apartment for a song at just $75,000; then a storm surged through the bottom level of the complex.

But proof that every crisis is an opportunity, Natalie jumped for joy as it meant the work they had planned could be carried out under insurance. This saved them a stack of cash.

Staying with a renovation and flip strategy, a lick of paint and some new fence work elevated the value of Deal 3 while they continue crafting their next moves.

The forth deal was a land-value only purchase off the back of a cyclone. There was a dwelling, but Natalie and Scott stripped it right back and salvaged the frame.

They then brought the dwelling up to cyclone safety standards, producing a charming cottage now rented by the room and delivering a comfy $12K per annum.

Following the demand for rooms from the previous deal, the couple doubled down on what they knew to work well. Natalie and Scott took on another two reno jobs.

The first was an easy accomplishment. Just some super minor upgrades required before the $153,000 property started generating a tidy take home sum of $20K per annum.

Subsequently, they purchased a block of four units. A kitchen-bathroom makeover secured 30% increased revenue. A buy, reno and hold strategy paid off; with Natalie and Scott started generating $34,667 pa from this investment.

The $80,000 passive income goal was just at their finger tips.

“All we wanted was time …and if we want to work, to pick and choose it. We only do what is fun.” – Scott

Deal 7: The Perks of Platinum

Reviewing their portfolio with their Platinum coach, an opportunity to add value presented itself. Scott relinquished some of his shed space at home for a Granny Flat conversion.

Despite some initial opposition from the kids, he and Natalie sold their beloved caravan to free up the cash to do it.

In September 2021, Natalie and Scott purchased a beautiful big Queenslander. In Feburary 2022 the house will be swivelled to improve the aspect and given a zoosh. Planned to be real stunner then sold for a projected profit of $107,000.

“We make more profit. We have more time.” – Natalie

These two have proven themselves to be very complementary. Natalie’s shrewd detective work and Scott’s skills on tools make them a force to be reckoned with. Absolute legends.

They have taken their iinitial $328K and transformed it into a whopping portfolio worth $1.7 million dollars, in just five years.

Not only that, they have generated enough passive income to power-down the business and focus their attention closer to home.

Now the world really is their oyster.

“Our kids are learning early that there’s another way. They also don’t have to be tied to a job for 40 years of their life.” – Natalie 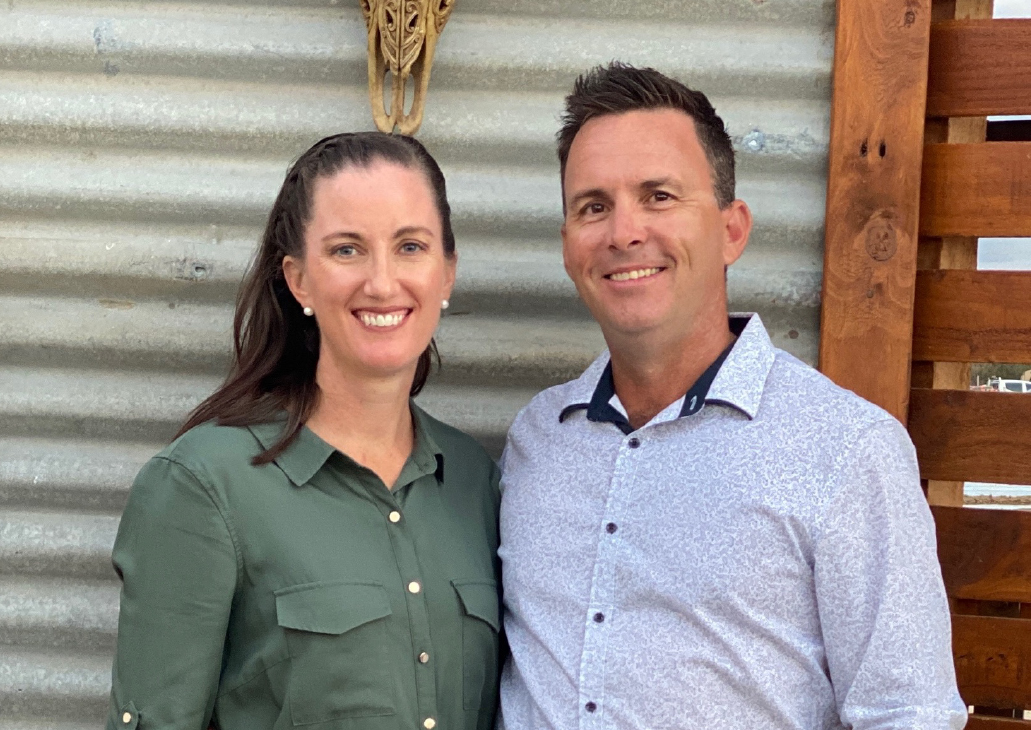 “Our kids are learning early that there’s another way. They also don’t have to be tied to a job for 40 years of their life.” – Natalie