How a mother of seven left an abusive marriage and found herself through property investing.

Christine and her children had endured the physical and emotional abuse of her husband for more than 30 years. When she finally escaped the relationship, she found herself in an unfamiliar world, faced with the daunting prospect of taking care of her seven traumatised children and taking her finances into her own hands.

To say that Christine’s ex-husband was controlling is an understatement. He was physically and emotionally abusive, and he kept Christine and their children disempowered and constantly on edge. She also had no idea what their financial situation was until she finally broke free.

Taking control of her life and her financial situation was a daunting prospect. Christine wanted to protect her wealth and her family’s future but didn’t know where to begin. She’d always left money matters to her husband and felt out of her depth. She sought help but couldn’t find anyone that she could trust. One financial ‘advisor’ had even tried to sell her an off-the-plan apartment that they assured her was ‘under market value’.

Thankfully, she found Dymphna Boholt and the I Love Real Estate (ILRE) community. While she loved the education, her self-esteem had been eroded over a lifetime of abuse. At the end of her first boot camp, she broke down in tears on the auditorium floor. “It’s just too much,” she cried.

With the close mentoring support of the Platinum Program, Christine learnt that she could take matters into her own hands. She developed the confidence to rebuild her self-worth and take control of her financial situation.

To her credit, Christine has launched six deals in under three years and is well and truly on her way. She has increased her equity by more than $400,000 and has improved her cash flow by $70,000 a year. This is how she made it happen.

Christine’s first deal was emotionally challenging. She had inherited a holiday house from her father and was too emotionally attached to think of it as an investment.

However, Christine was determined to start a new chapter. She was reluctant to permanently rent the house out, so when she heard about people successfully using Airbnb, she thought she’d give it a try.
The first step was to clean up the clutter and get a builder in to commence the renovation.

“My real estate agent came to do a valuation on a rental and said, ‘Well, nobody would live in there.’ And I said, ‘Two weeks ago, somebody was!’”

Deal 2: A day spa in the sunshine state

Before joining Dymphna Boholt, Christine had established a self-managed super fund (SMSF) but didn’t know how to manage it. She went to some financial advisors who told her they would put her money in a managed fund and buy her an apartment in at a price they assured was ‘under market.’

She almost went through with it, but after talking with Dymphna, she realised this was a bad idea and pulled the pin.
With a substantial amount still in the SMSF, Christine decided to focus on cash flow and commercial property. After a year of searching, she found a property through James Dawson’s Property Search. It was a day spa and hair salon in Southside, Brisbane. Christine purchased it for $495,00 and it earns $47,800 a year – a gross yield of more than nine per cent.

Deal 3: A new house for the baby

Soon after joining Dymphna Boholt, Christine found out that one of her daughters was pregnant. This daughter had been living in the holiday house but as Christine had started the renovation, she needed to find a new place to live. The local market was hot and she was having trouble landing a rental. With a baby on the way, the timing was tight.

Christine decided to do a joint venture with her daughter. They found a corner block in the suburb of Frankston, which had subdivision potential and an existing house that could be easily renovated.

They spent less than $100,000 on the renovation – with the help of her daughter’s partner, who is a builder – and the subdivision. There is considerable equity gain in the deal and her daughter now has a place to live.

Deal 4: Turning a two-dwelling into three

Christine’s next deal came unexpectedly. She went to council to query why the land tax bill on one of her properties was so high. They told her it was because she could have three dwellings on the property, even though she only had two.

Instead of arguing, Christine set the wheels in motion to subdivide and turn a dual lot into three titles. She is removing one house and building two new ones. Construction costs are estimated at $750,000 but the properties will pay Christine $52,000 a year (after selling one to contribute to construction costs).

With a house on her hands from the previous deal, Christine decided to set something up for two of her sons. Together, they bought a block of land for the house to go on to.

Deal 6: Why Not Be A Developer?

As Christine gathered confidence and personal power, she set her sights on something bigger. She was looking for somewhere to do a townhouse development and found an ideal property in the Melbourne suburb of Seaford. The property is less than 500m from a train station, has a childcare centre and playground just around the corner and is in close proximity to the beach and schools. So it is very well located.

Christine is currently trying to get plans through for three or four townhouses. One of her daughters is currently renting the existing house and will have the opportunity to buy one of the new houses at cost price.

“I said, ‘I‘m doing too many deals. I’m out of my depth’ and so I joined Platinum to get more support.”

While Christine’s life was going from strength to strength, she saw that one of her sons was really struggling. Her son was still living and working with his abusive father and was misusing drugs and alcohol.

When he made an attempt to take his own life, Christine knew she had to help him break free and find a fresh start. She ‘dragged him along’ to Dymphna’s boot camps to help him find purpose and become part of a supportive community.

Her son immediately felt a resonance, the ILRE community made him feel worthwhile and he began to see a new direction. He still has one of Dymphna’s quotes stuck on his wall: “The pain of remaining the same must outweigh the pain of change.”

With a new outlook on life, he has started over. He moved in with Christine and has started working as a labourer on Christine’s deals. Dymphna Boholt has also gifted him with a Platinum membership so he can find his calling in property development.

All told, Christine has improved her equity position by $423,000, and increased her cash flow by $70,000 a year – impressive results by any measure.

She has also been a great source of support for her children, who are trying to heal from the trauma inflicted on them by their father. She put a roof over the head of two of her daughters, leveraged two of her sons into their first property deal and supported one of them to recover from the point of desperation.
Christine’s story is one of personal transformation. She is proof that anyone can rewrite their life story and start living on their own terms. After finding a community that believed in her, Christine learnt how to believe in herself. This is the stuff that healing is made of.

“Now I’m the person I was always supposed to be, and I’m helping my children become the adults they deserve to be as well”. 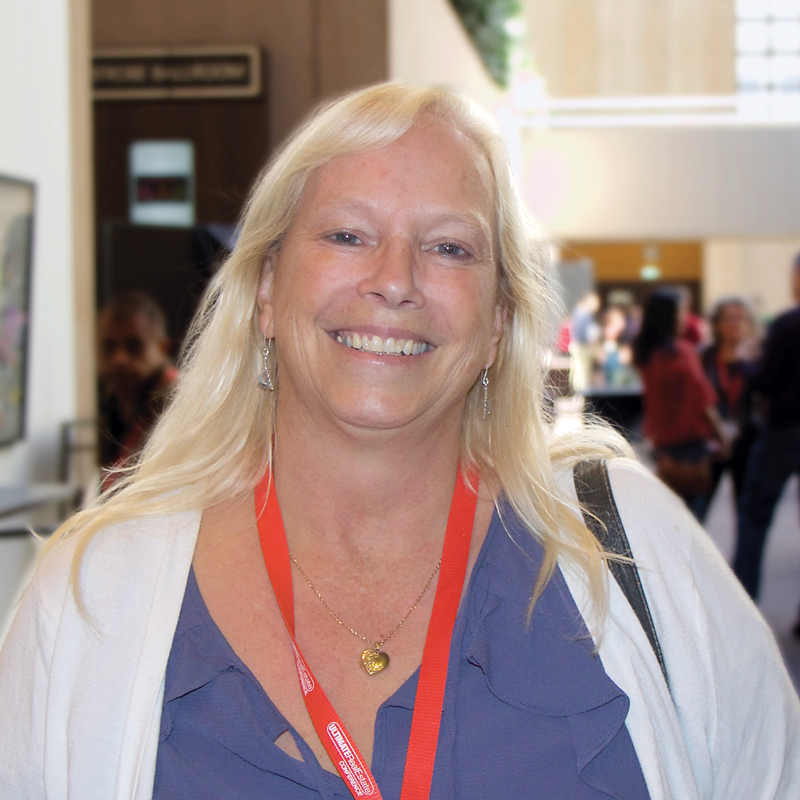 Christine is proof that anyone can rewrite their life story and start living on their own terms.