With a cheating husband and her business stolen from under her, Esme has since built a property net worth of $1.9M. Esme is having the last laugh.

Seven years ago, Esme’s deceitful husband left for Malaysia and never came home. At the same time, her successful café was forced to close. With her life in tatters, she wandered in a daze from seminar to seminar, desperate for an answer, but it wasn’t until she attended Dymphna Boholt’s one-day event that she found the direction she was looking for.

A lot can happen in seven years. Despite the cruel blows that life had dealt her, Esme refused to be defeated. She is now almost halfway towards her goal of owning 50 properties, and has emerged as an inspiring woman of ambition, renewal and courage.

It all started when her husband went on holiday to Malaysia and never came home. Soon enough, Esme received an email saying that their twenty-year marriage was over. A little later, Esme opened her husband’s life insurance letter to find that he had two children she had never known about, and not one, but two other wives! What’s worse, her own name wasn’t even on it.

Esme then lost her successful café business. The owner of the shopping centre where the café was located, who would regularly come for coffee at Esme’s café, suddenly died. The new owner refused to renew her lease (which was later sold to a competitor!) and gave her one month to sell her business and get out. Esme was left reeling.

For a time she went from seminar to seminar, unsure of what to do next or how to make a living. She had $100,000 from her business and that was it. She remembers attending a Dymphna Boholt one-day event and the feeling of the lights coming back on. She woke up.

Esme had never worked with goals, but for the first time in her life, she put pen to paper and made an ambitious commitment to buying 50 properties.

With newfound drive and direction, she threw herself into her property career. In the first year alone, she had completed seven deals. That was back in 2008. Now she has over 20 properties, both here in Australia and in the United States.

Following Dymphna’s advice, Esme developed a two-fold strategy to create what she calls her ‘Cash-Cow’ business; firstly, to acquire the properties, secondly, to go back and add value. She didn’t have quite enough to get started, but what she did have was an avid interest in antiques. She sold her Lalique French art, her Ken Done, antique furniture and pop-art, counting her lucky stars that she was into antiques rather than shoes.

She began buying properties that were on the low end of the market, often in rural towns, always on the lookout for investments that gave her some creative opportunities for the future. In this way she slowly built up her equity and loan capabilities until she was able to score a few strategic deals in Sydney. Then, after attending a Dymphna boot-camp on US property, she began investing abroad.

After just seven years, she has developed a portfolio of 20 properties worth a total $5 million, with $1.9 million worth of equity, and an annual passive income of $50,000.

“I went to one of Dymphna’s events. Suddenly, she snapped me out of the zombie state.”

Using her new power to help others

Stepping into becoming her own woman, Esme is a crusader for the underdog. She sees great purpose in what she has achieved and now has the ability to contribute aid to women who are suffering. Her chosen cause is women in Africa who suffer from obstetric fistula, a condition that is caused when their baby dies in the womb. Left unable to control their own bodily functions, it is a horrible and tragic condition, but costs just $600 to fix. Motivated by genuine compassion for people such as this, Esme intends to keep growing her little Cash-Cow business so that she can continue to care for and help others.

After thinking long and hard about the most strategic location in which to make a big investment, Esme finally settled on a unit in Blacktown, close to Parramatta, which is tipped to be the next major city centre of Sydney. She bought a deceased estate for $149,000 and spent $21,000 on renovations. That was in 2009, and just last year she sold the unit for $280,000.

Recognising that this area is a prime place to do some investing, Esme made several more investments in the area.

“When my tenant left, I had a bit of difficulty renting it out, and also trying to sell it was no good, I could only get about $250K. So I had to think outside the square. I renovated it and turned it into an apartment.”

Esme bought a shop in Parramatta, which gave her good business up until her tenant left. Unable to get another tenant for almost two years, Esme began to get creative with the space. After getting approval from body corporate, she spent $100,000 and turned this little shop into an apartment. Bought for $288,000, this unit is now worth $450,000.

Esme then landed a very profitable and lucrative penthouse. Initially bought for $630,000, she thought it would be an investment to sell off quickly; however, Esme is a believer in intuition. This property has had several offers over the past couple of years. In fact, in 2013, she was offered the price she wanted, $780,000.

Amazingly she listened to her gut and held on to the place. Now she is thankful she did, and her intuition about Parramatta becoming a hot spot has paid off.
This property is now worth a cool one million dollars.

Always looking for little twists and creative ways to create a profit, Esme was attracted by the instantly profitable purchase of a Whalan house and granny flat. Usually not one to trust auctions, this time Esme bravely gave it a crack. On offer for $580,000 and in a “mad” Sydney market that could jump $20,000 in a week, Esme made a low-ball bid of $520,000. This was rejected, but Esme has now learnt that determination pays off. A few days later she made another offer of $550,000, which, to her delight, was accepted. This has proved to be a great investment since she can rent the house and the granny flat separately.

In 2013 Esme ventured to the United States, and taking advantage of the low buys and strong Australian dollar, she bought her first property in Texas for only $50,000. This was another deal where Esme was using her creative eye. The property had a house and also a vacant lot that she can rent out to caravans. She’s currently holding on to this property as a development opportunity for the future.

Still a long way to go…

Now that Esme has 20 properties, she has begun to focus on value-adding and deepening her strategy with what she has already purchased. Still not able to believe how she has achieved so much in the last seven years, she is the mum everyone knows and loves. A little timid and bashful, she has some words of encouragement for anyone else thinking of getting into property. 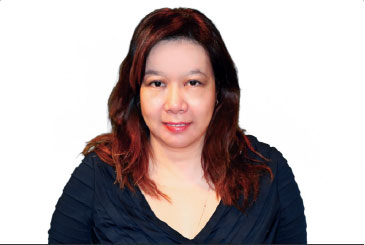 “I only started driving in my late 30s, I was computer illiterate until a couple years ago, and I’m a really slow learner. So if I can do it, anyone can too.”

Esme’s first property was a deceased estate where the owner was found dead in the living room.

Unperturbed, Esme gave new life to the Blacktown property with a renovation and sold it at a profit.