Turning a ‘struggle mentality’ into over $2.6 million in equity in under three years: How Shane broke the cycle.

Sometimes hard work is not enough. Sometimes you need to make peace with the ghosts of the past, and find love again, before you can find the freedom you’re looking for.

Shane was born into poverty and grew up in housing commission flats around Melbourne. When his father died when he was 11 years old, his mother remarried and Shane found himself battling with an alcoholic and abusive stepfather.

Scared and confused, Shane learnt from his mother that the key to survival was to put your head down and work hard, and Sharon still describes Shane as the hardest working person she’s ever met.

But for Shane, hard work wasn’t enough. Having built up his own successful engineering company and pouring himself into his work, he got divorced after 28 years of marriage and realised that, financially, he didn’t have all that much to show for his hard work. Had it been worth it?

“I think a lot about my legacy. I think about my mum, and all she did to help us get ahead – to survive the poverty we lived in. I want to give my kids a similar gift.”

It was at that point that two blessings came into his life. The first was Sharon – who he calls Super Shaz – his soul mate and partner in crime. The second was the ILRE community. With the training he received he was able to increase his net worth from just $200,000 to over $2.6 million in just three years.

More importantly, Shane has been able to overcome his ‘struggle mentality’ – his belief that life was always going to be hard. Now he has made it his mission to help his three kids see just what is possible in this wonderful world of ours – particularly with the right training in property.

“Once the marketers take their cut it’s really hard to make the numbers work. We got stitched up.”

How to do property right

Shane had tried his hand at property investing before, and he had enjoyed it, even though he hadn’t seen all that much success with it. His first property investment was an overpriced house in a new estate in rural Queensland. Shane reflects that he had been “stitched up” by the flashy marketers, and even though the property was negatively geared for the entire time he held it, he still sold it 10 years later for a loss.

Nevertheless, he believed that there had to be a way to make it work, and if he could find the right help, property investing could be the vehicle he was looking for. It was that belief that led him to the ILRE community.

Like many students who study with Dymphna Boholt, Shane’s first task was to make sure the family home – his principal place of residence (PPR) – was pulling its weight.

Shane had built this house himself, back in the 80s, all while working three jobs to make ends meet. In recent times though he had generously let family and in-laws live there with little oversight, and the place had become a bit run down.

So Shane and Sharon got to work, driving a cosmetic renovation themselves. They spent $50,000 on the reno, and increased the valuation of the property by $140,000. Drawing down the equity, this gave Shane and Sharon the working capital they needed to set out on their journey.

Sharon had entered the marriage with her own property, and now Shane and Sharon wondered if there could be something they could do with her place.

It was actually a large block – over 1,000 square metres – and so Shane tapped the wisdom and experience of the ILRE community to see if they could subdivide the property.

Plans are now in motion to subdivide the property into a battle-axe block, keeping the house on the front block, and selling the back as vacant land. Together, these two blocks will be worth $1.05 million, delivering an equity gain of over $600,000.

“I tried a bunch of different stuff – the share market, different trading “systems”, but none of them worked. In fact, they took me backwards!”

Most students in the ILRE community find particular strategies that they resonate with, and for Shane it was a renovation and subdivision combination. With extensive knowledge of the Mornington Peninsula area, Shane found a large property over 8,000sqm that had the potential to be divided into three separate properties.

After renovating the existing dwelling, Shane has already achieved an equity gain of $250,000, with the other two blocks set to deliver substantial windfall profits – most likely somewhere north of the million-dollar mark – after the subdivision is complete.

Deal 4: Helping out my daughter and mate

With Shane achieving some impressive results, a mate of his kept hitting him up with potential deals, wanting to know if Shane thought they were any good. With the training he had received from ILRE, he knew they weren’t good deals, and for a number of months he successfully kept his mate from making a substantial financial mistake.

Finally, Shane found a deal that looked like a winner, and he offered to go into a joint venture with his mate, going 50/50 in a four-lot subdivision. His mate was super excited, but as the deal took shape, it became clear that he just couldn’t afford it.

Luckily, around the same time, Shane’s daughter was also looking to break into property investing, and had enough capacity to do so. She will take over Shane’s mate’s share, and together they’ll share in over a million dollars in profit. It gives Shane immense satisfaction to be able to give his daughter such a fantastic head-start in life.

The legacy is set

All told, with a small handful of well-executed deals, Shane has managed to increase his equity from $213,000 to over $2.6 million in just three years. However, more importantly, he now understands that he can live a life free from struggle, free from financial hardship, and free from the ghosts of
the past.

“When I pulled together the numbers for this story, I actually couldn’t believe it. I thought I must be adding it up wrong. I just can’t believe just how far we’ve actually come.” 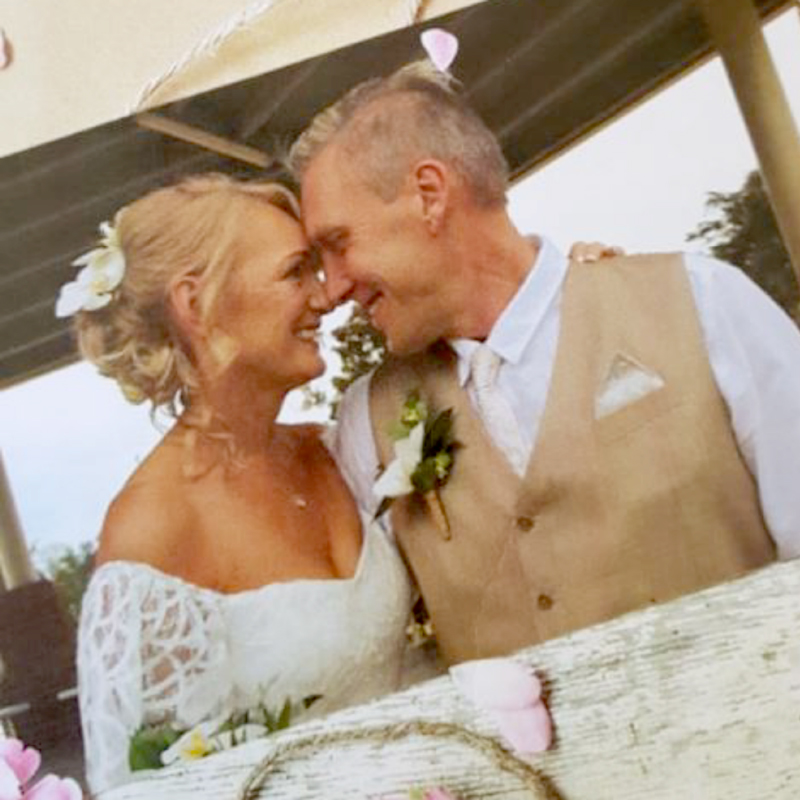 “When I pulled together the numbers for this story, I actually couldn’t believe it. I thought I must be adding it up wrong. I just can’t believe just how far we’ve actually come.”