This Young Couple Started a New Life in Australia and Generated $256,000 in Just 14 months!

Neil and Yelena believed Australia was their Land of Opportunity. They quickly realised that opportunities only come to those who seek them.

Yelena came from a typical middle-class family in Russia. She believed a good life meant studying hard and landing a good job.

It was all about getting a job…

Trying to relax, in any way possible…

Then doing it all over again!

That’s why at the age of 18, Yelena was sent to America… a place her parents thought was the land of opportunity.

Soon after arriving in the US, Yelena met and married Neil. They decided to move to Australia so Neil could pursue his Master’s Degree.

But just when they thought Australia was their land of opportunity… Brisbane gave them a very wet welcome.

“We arrived the day the Brisbane floods peaked, so we had no accommodation. It was really difficult.”

But that’s not the worst part.

When, Neil and Yelena sold everything they owned to move to Australia, and arranged Neil’s enrollment, they thought he would start in semester two. Until they learned it was different from America’s term two…

So in their excitement to come to the Land Down Under, they didn’t know that Australia’s second semester did not start until a month after they arrived.

They couldn’t go back, and Neil couldn’t work. So, they had to exist on one income. Thankfully, Yelena landed a good corporate job that allowed them to make ends meet.

While Neil was still finishing Uni, their apartment building caught fire, and they lost everything…
They were forced to start again…

Sometime later, both of them found themselves climbing the corporate ladder.

But they soon realised they were unhappy. And felt trapped.

That’s when they decided to give property investing a shot.

And they’ve never looked back.

Check out these four projects the couple did that led them to find success.

They initially believed all they had to do was save $100,000 to buy into the market. But all their savings were reallocated after Yelena’s mom had a massive stroke.

So with barely any money, the couple decided to sign up for Dymphna Boholt’s Ultimate program. That’s when they put their ‘peg in the sand’.

“That was the moment that we knew we were absolutely going to have a go at this. We said, “We‘re going to be up on stage one day.”

With limited funds to start, they set their sights on a property in Ballarat. They bought it as a principal place of residence (PPR) just so they could save on stamp duty.

If they came out of this deal positive, they would treat it as a win.

However, everything that could go wrong during this renovation project, actually did. The plumbing was galvanised, so they had to do it again. And since the house had the old, black electrical wiring in it, they had to rewire the house, too.

In the end, it transformed into a beautiful property… but not without hard work.

Project 2: Speeding it Up

After making their first deal, Neil and Yelena felt that they were ready for more.

So they went out and started networking with agents and other members of the ILRE community. And got an off-market deal through an agent they established a relationship with.

As Neil and Yelena were going through the agent’s listings, the agent decided to offer a property that was about to get listed. It was a tightly held inner city home that was selling for $630,000. The couple bought it and did renovations for 5 months.

It was eventually sold to the next-door neighbour for a profit of $83,000.

Another agent offered Neil and Yelena a second off-market deal. But this was more challenging because the purchase price was above their current savings. So, what they did was they talked to another ILRE member for equity partners.

It was an absolutely stunning renovation that was finished in just 4 months!

When the buyer saw it, she was super excited. She revealed that it was the ensuite of her dreams. The buyer even admitted that she fell in love with it after just one look!

Once the deal was finished, Neil and Yelena walked away with their $75,000 earnings.

Neil and Yelena’s fourth project was another off-market deal… with less work this time.

It’s because they converted a 3/1 to a 3/2 and reconfigured the entire floor plan.

The renovation work was absolutely stunning. What’s more, it took them only three months to get everything done!

To make sure that they got their $98,000 profit, Neil and Yelena operated like pros and managed their budget, too.

It was clear as day from this project that Neil and Yelena found their rhythm in property investing… and it’s only going to get better for them from here on out.

The Value of Relationships and Powerful Connections

There’s a lot to learn from the story of Neil and Yelena.

They never gave up. No matter how many storms, they continued pushing through to achieve their lofty goals.

They also kept reviewing their ‘peg in the sand’. They made sure that their actions were aligned with their goals, and believed that goals could change their lives for the better.

Lastly, they were able to recognise the value of relationship building. Most of their projects came from good relationships with agents and those within the ILRE community. Not only were they able to snag off-market deals, but also got enough funding to pursue bigger projects thanks to the ILRE Community.

Now, Neil and Yelena devote their time to property investing. And Yelena quit her corporate job.
They started with $40k… and they are now worth 10 times that – in just 14 months.

Clearly, they’ve found their footing in the land of opportunity.

“What we found in this community is the sense of belonging. We support each other, we meet on a monthly basis and we share stories. No judgments.” 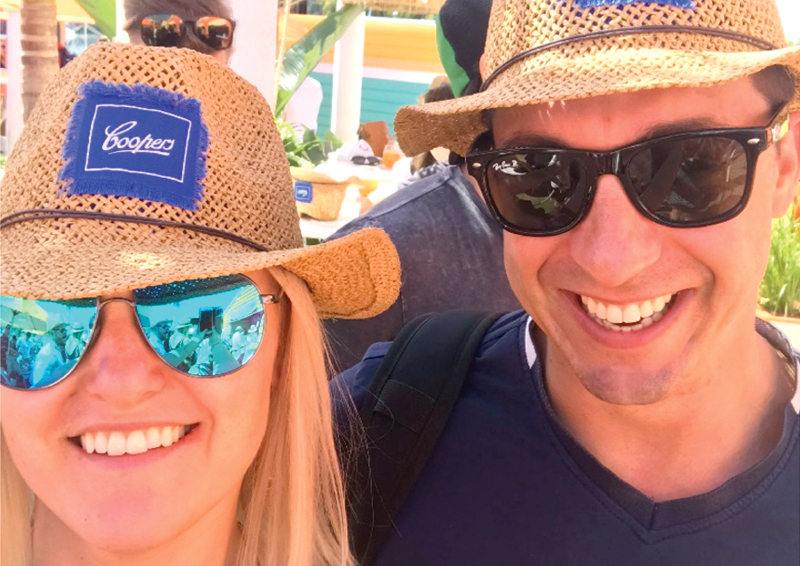 “What we found in this community is the sense of belonging. We support each other, we meet on a monthly basis and we share stories. No judgments.”