The Property Games took Mr Hickling’s ‘clueless’ child and gave him back a ‘developer daughter’.

When the starter gun fired and the The Property Games began, Emma Hickling was floundering.

With no training, no major goals or ambitions and fresh from a relationship breakdown to boot, Emma was forced to move back in with her parents and re evaluate her life.

Was she in over her head?

Accepted as a Property Games contender, Emma found herself on stage in front of a huge crowd at the ILRE Super Conference in Melbourne, 2015. It was only then that she discovered that she suffered from an overactive nervous system and public speaking gave her huge anxiety.

“I had anxiety plus. My nervous system was going bananas.”

She stuck with it, however, and was fascinated by the stories she heard at the Super Conference – how people had gone from humble beginnings like hers to make their fortune in property.

However, being totally new to the world of property investing, much of it sounded like mumbo-jumbo, and she felt like her head was about to explode.

“The conference was amazing. It was so inspiring but I had no idea what they were talking about! I was totally clueless.”

In the opening weeks Emma had to play catch-up, and she threw herself into her studies. She met frequently with her team – Dymphna, Kevin and Lisa – seeking advice on what investment strategies she should be looking at and how to get market ready. She got her financial health check done and figured out the just how much she could borrow.

A fully qualified hairdresser working full time, Emma was no stranger to hard work. She studied investment basics during the evenings and spent her weekends looking for deals. She knew the Property Games was a sprint, and she only had a little time to come up with the goods.

Unable to satisfy the demands of her busy salon, she quit her stable job as senior hairdresser and worked as a subcontractor, booking her clients around her property meetings. Four months later, after much study and a long search, Emma found her first prospective deal.

Deal 1: One into four Subdivision & Knockdown

After several months of searching, Emma found a large suburban block in Brisbane with subdivision potential. Emma’s strategy was to knock down the house, which was positioned diagonally across the property, subdivide and sell off the blocks. Together with her JV partner she put in an offer of $600,000. Finding out the block next door was also for sale, with a better-positioned house, she put an offer in at $612,500 – only telling her JV partner after the offer was in!

“I spent the entire Ultimate Program running in and out of the conference room negotiating this deal.”

She missed out on the first block, but she got the second. Dragging her builder father, Craig, to the site, they discovered the house was termite infested, and drastically sloping to one side. Emma pivoted her plan and decided to demolish and build 1 into 4. Only problem was that that plan required an extra road to be put in, and that road was going to cost them $70,000. Emma wrestled with the numbers but soon realised that she couldn’t make it work, and she pulled out of the deal.

“I pulled out, but no one has done anything with the property since. I checked. We made the right decision.”

Deal 2: One into Seven Subdivision & Construction

Staying close to home, Emma found another property where she could possibly build a duplex at the front of the block, renovate the pre-existing house and build 4 townhouses at the back. She put an offer in at $775,000, did her due diligence but hit a major roadblock: the property sloped to the back and the stormwater and sewage needed to flow to the front.

The engineer told her the council wouldn’t allow a pump in the ground and that there was no other workable solution. With the back blocks lost, there wasn’t enough money in the deal and, again, Emma had to pull out.

The kicker was though, that a few weeks later her agent called to inform her that the engineer had been wrong about the pump installation and it would have been possible after all! Emma was crushed.

No longer feeling inspired by her hairdressing career, and dealing with a wave of self-doubt after several set backs, Emma sought help from her team to bring her back into the right frame of mind. Dymphna and Kevin were incredibly supportive, while her father was tough, but loving in his way.

“My father told me ‘If you want something, you’ve got to go out and chase it. No-one’s going to hand it to you.’”

Deal 3: Two into Eight Subdivision with Property Next Door

Emma developed a JV agreement with the couple buying the property next door to the deal she had just pulled out of. They had a meeting with the town planner only to discover they would need to build a road in between the two properties. This in turn meant they could only build seven blocks. Since the money was in the eighth block, the numbers didn’t stack up again, and once more, Emma had to walk away.

During this time, Emma’s father Craig suddenly woke up one morning and realised he ‘had a developer in the family’ – someone he could grow his building company with. He jumped on board with his daughter’s journey and together they began hunting for her next deal.

“Emma has developed an incredible skill set and could do a feaso on the back of a bus ticket now. Listen to her. She knows how to talk developer now.” – Kevin Doodney

Deal 4: One into four Subdivision

Finding a property that was mortgagee-in-possession, Emma and Craig put an offer in at $830,000. However, after they had done their due diligence, they discovered this property came with multiple headaches. The lawyers tried to list the property as commercial and charge them GST on the sale price (although it had only ever been residential), and upon inspection, the property required at least $70,000 more work than originally estimated. Emma and Craig put in a lower offer with tighter clauses, but the offer was rejected.

With that, The Property Games clock ran out. Emma had failed to get a deal over the line, although she’d come frustratingly close more than once. She deserved to be luckier.

Now that the Property Games are over, Emma has returned to full-time hairdressing to improve her borrowing capacity. She plans to buy her first PPR in Little Bay Island, QLD, build a modular home and use the equity to get her investment career started.

Although Emma was unable to get a deal over the line in the short window The Property Games allowed, she has come a long way. She has racked up more experience in 18 months than most property developers do in a decade. She has grown in confidence, is able to deal with property professionals now, and, as Dymphna puts it, has become comfortable with being uncomfortable.

Emma has also created a way to work alongside her father and hold her own, as they look down the road of a long and successful journey in property together. 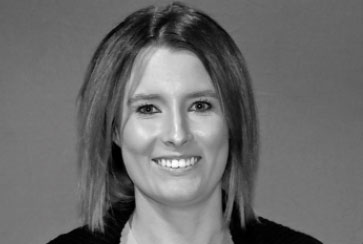 “I’ve set down the foundations and learned so much that I can actually go through it with a bit more ease than I would’ve if I hadn’t gone through all these difficult times. It’s been an incredible journey for me.”