The elephant rider’s key to success 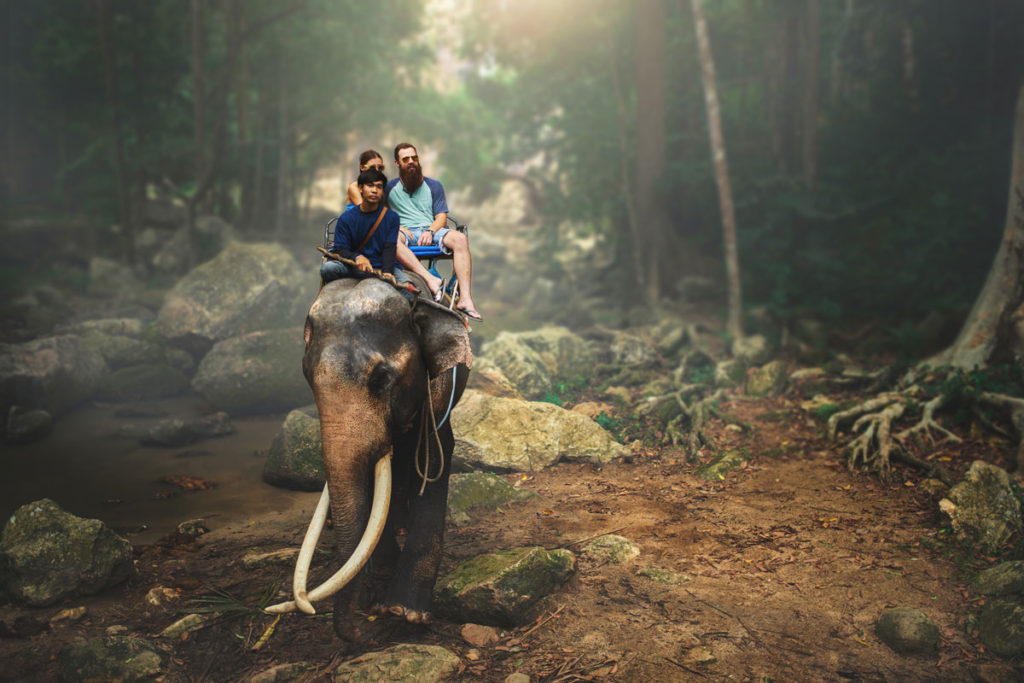 Modern life has given us the wrong metaphor for understand how we work… and how to master ourselves.

Why is it so hard sometimes?

Why is it so hard to get out of bed when the alarm goes?

To say no to an extra slice of cake?

To give up cigarettes?

To bust through your limiting beliefs into the clear air of rocking it like a limitless mofo?

All of these things are hard. But when you break it down, they’re all easy. Saying no to another piece of cake is literally no harder than saying the words “oh no, I really shouldn’t …”

But everyone struggles. We all live through our own version of a war of wills.

Imagine you had never seen a zebra before and I had to explain one to you.

I could break it down – “It has a head with two nostrils and two eyes sitting top of a long neck that transports food and oxygen down into the stomach and lungs, which are housed in a large chamber with the other organs. The chamber itself sits on top of four limbs which it uses to get around…”

Or I could use a metaphor.

And so metaphors are our go-to for understanding reality.

If you’re like most people, you probably go to a car.

Your ‘self’ sits inside the body, at the steering wheel, helping it all to navigate the world.

And that’s not bad. It gives us a good description of how we move about in the physical world.

But cars are a fairly recent phenomenon, so what did people use before cars were invented?

(The Buddha actually used the image of an elephant, while his ‘self’ was the elephant driver.)

Now this has similarities to our car metaphor, but some pretty huge differences as well.

If you’re driving along a road, and you don’t steer at the bends, you’ll crash.

But if you’re riding a horse along a track, and the track bends, the horse will naturally keep following the track. It’s not going to go off the track and crash into a bush.

The horse has an intelligence (and a will!) entirely of its own.

And in this sense, it is a much better metaphor for understanding the self’s relationship to the body.

And it helps us understand why getting up at 5 am is literally as difficult as waking a sleeping elephant!

And in this way, our ancients had a better metaphor for understanding the difficult task of self-mastery.

Plato saw himself as riding a chariot pulled by two horses – one driven by noble drives like honour and charity. The other driven by base desires like greed and envy.

Freud used the image of Victorian horse and buggy. The ‘ego’ held the reins in the drivers seat. The ‘id’ – the base animal body – was the horse, while the ‘super-ego’ – the manifestation of your social obligations – was an old man sitting in the back, telling you what you were doing wrong.

Our task was to build an ego strong enough to control the id, but also stand up to the lecturing of the super-ego.

Anyway, the point is, when thinking about learning a new skill or taking your life in a new direction, if you think you are as easy to control as a car, you’re going to be very disappointed and frustrated.

If, however, you think of yourself as a horse (or elephant!), then you will have a much more workable understanding, and you will be able to be more gentle with your self.

And you will probably get much better results.

So now, the questions becomes, how do we actually control an elephant?

That’s a topic for another time…