Ted thought he knew it all, but no deals came until he admitted he didn’t and asked for help.

Ted grew up as one of six kids in Moree. When it came time for him to make his own way in life, he decided to seek bigger opportunities elsewhere.

He moved in with another family at Orange and finished school there. After that he worked hard and saved as much as he could.

Ted always wanted to be a builder, he decided to head for the Central Coast to find an apprenticeship. It was harder to get work than he expected, but after trialing with five builders he finally landed a job.

He was working hard and playing hard when fate intervened…

“I took my eyes off the road for a second and that was it”.

He rolled his ute on a lonely country road and ended up in hospital with his head split open… It turned out to be the wake up call he needed.

Although he had never heard of ILRE, his older sister sent him a link and the call to join The Property Games found him.

And so he made a few sacrifices. He sold both his motorbikes, found a new home for his dog and moved up to Brisbane to join the other contestants.

Ted entered the games full of cocky-confidence and bravado, thinking that he knew it all already. But property is unkind to those who don’t treat it with respect and more than half way into the nine months, he still hadn’t been able to land a deal.

Hitting rock bottom and ready to pull the plug on the whole thing, Ted decided to give it one more crack. This time, coming back into his humility, he approached his mentors and asked them to help him find his way.

What’s more, Ted’s mentors were so impressed by his work ethic on site, that they have offered to put him on as a tradie so he can become a fully-qualified builder.

So he’ll be staying in Brisbane to work on his property dreams. 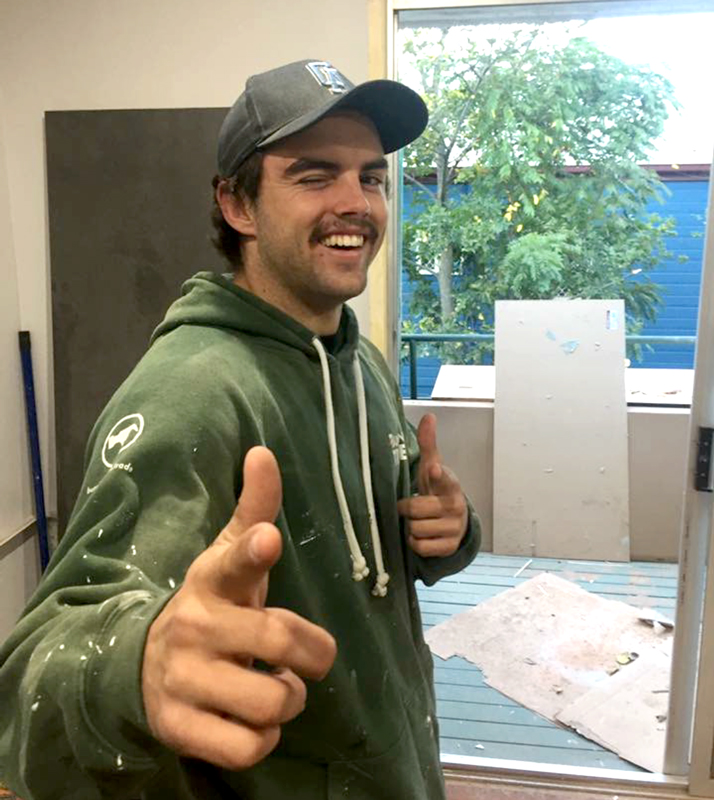 “It was the wake up call I needed. I completely changed my mindset. I thought I was 10ft tall and bullet proof, but I wasn’t.”

Things I have learned

I thought I was red hot. Cocky confident. I know now I was hiding my own vulnerability, what was going on deep down inside.

More than anything, finding peace with my own vulnerability is incredible.

You need to talk about anything and everything. Where you want to be. Why you’re doing it. If you don’t you’ll fall on your arse in the end.

I have learnt to be grateful for what I have, what I’m given, how much people help me.