Julie had lost money on property in the GFC, and it was a case of once bitten, twice shy. With a divorce, a drug addicted daughter and a grandson to look after, Julie needed to step up and save her family. With the right property training, she was able to do so. Here’s how.

“When my daughter got tangled up in drugs, I needed to be there for my grandson. I never could have done it if I was still working a day job.”

Julie and her husband bought two house and land investment packages in Perth in 2006. When the GFC hit and smashed the Perth market, Julie and her hubby had to bunker down and ride out the storm. They sold one of those investment properties for a loss, and moved into the other after selling the family home. It was a bitter experience, and one that almost put Julie off property investing for good.

To make matters worse, Julie’s teenage daughter started mixing with a bad crowd, eventually becoming addicted to drugs, fleeing north to Karratha and leaving her two-year old son behind, Julie knew she had to step up. She wanted to be able to care for her grandson, and to be there for school pick-ups and drop-offs.

Her day job wasn’t going to give her that flexibility.

And so she came back to property investing, although this time she committed to doing it properly, signing-up to study with the ILRE community.

This opened her eyes to what was possible, and she found an investment strategy that made her feel safe: quick renovation flips, often working with joint-venture partners.

These strategies allowed Julie to get in and out of the deals very quickly – sometimes in as little as four weeks. This gave the market no opportunity to move against her as it had done during the GFC.

It also meant that Julie could stick to Perth, a market she knew well. And since she was creating her own profits, she could still make money, even though the Perth market overall has not done well in recent years.

This strategy gave Julie the control she was looking for.

“I needed a new strategy. Something I could do without much money, but that allowed me to get out of the rate race.”

Since joining ILRE, Julie has now done eight renovations, creating $237,000 in profit for herself. This new income stream has given her the ability to quit her day job and be there for her family.

However, Julie says that it has been amazing to offer her family a different kind of role model, demonstrating that you can take charge of your life and make it what you want. Julie’s daughter has now cleaned herself up and moved back home, and following her mother’s inspiration, has started her own horticultural business.

Here are some of the deals Julie did to make this transformation possible.

Deal 1: A diamond in her backyard

Julie had been hunting around Perth, when one of her real estate contacts proposed a deal. The owners of a property in Queensland wanted to be rid of the house, so Julie put in a quick offer of $360,000, which was accepted.

She then did a low-budget renovation. No new kitchens or bathrooms – just a good lick of paint and a polish of the floorboards. The renovation cost just $17,000, but Julie was able to sell it on for a $37,000 profit just four weeks after she purchased it.

Not bad for a month’s work.

Next, Julie found a property with an owner who was on the brink of bankruptcy. Julie gave him $20,000 to just walk away, letting her take over the mortgage and pay off the various debts to the council, the electricity company, and so on. Spending another $25,000 on a quick renovation, Julie sold the property on for a profit of $100,000. Again, in just four weeks.

People started to take notice of what Julie was achieving, and someone approached her to help her do a deal. This woman had money to work with, but was time poor, so she wanted Julie to find and execute the deal.

Deal 4: The house is trashed

The next property she picked up as a mortgagee-in-possession, and the place had been trashed – there was graffiti on the walls and all the windows had been smashed in. However, it was in a good neighbourhood, so she was able to turn a profit of $39,000 in 12 weeks.

With more people wanting to enter into a JV with her, Julie found an estate that was practically uninhabitable, as the previous owner had eight cats. She picked it up for a song, renovated it, and solid it six weeks later for a profit of $63,000.

The rock a family can rely on

There are more deals we could outline, but you get the gist. Julie has found a strategy that works for her and her JV partners. And she’s achieved this while holding her family together and being the rock her daughter and grandson could rely on.

“I’ve done this and I’ve shown my daughter that anything is possible. It really is.” 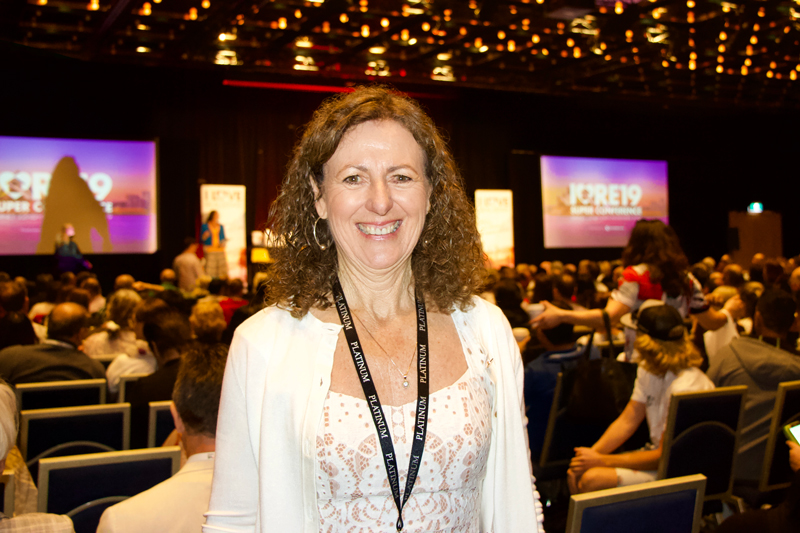 “I’ve done this and I’ve shown my daughter that anything is possible. It really is.”