Ouch! Property investors getting fleeced for $120,000 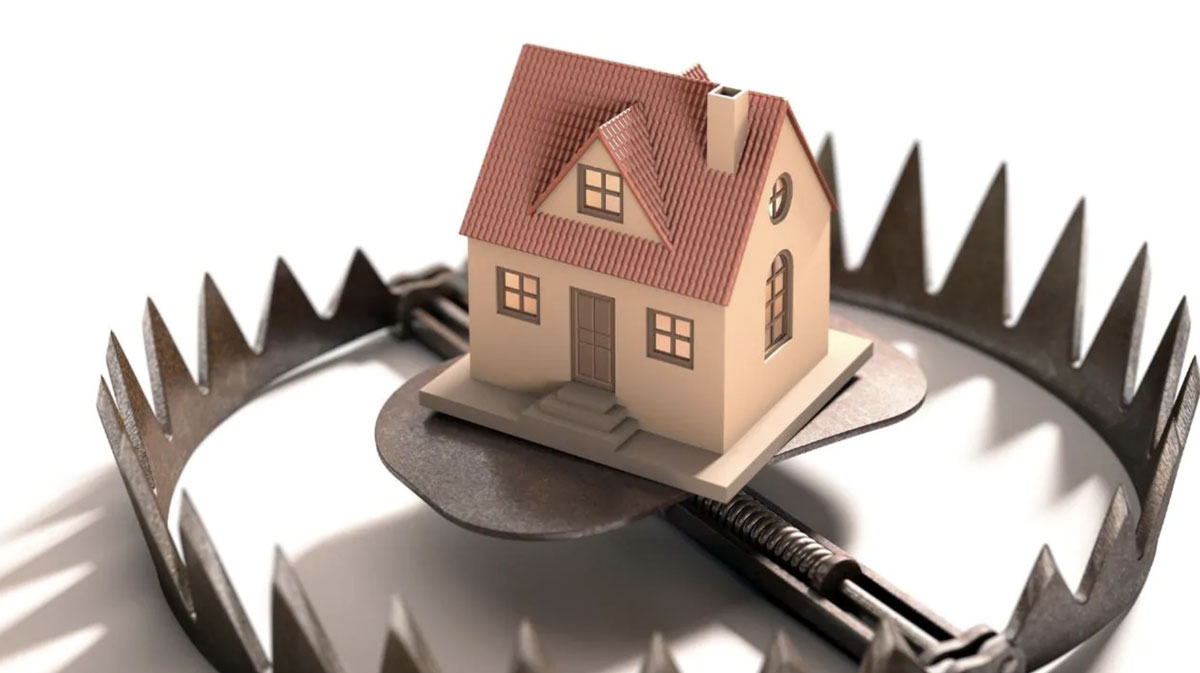 This is one of the oldest tricks in the book. Don’t be fooled.

I wanted to make sure everyone caught this recent story from The Australian Financial Review.

It’s a sorry tale of a property investor who purchased an off-the-plan “dream home” from cold-calling property spruikers, and lost over $120,000.

Mal Jones, a father of three, says he was persuaded by a “free” trip to Queensland with his wife, Michelle, and persuasive pitches about tax breaks, leveraging and confident predictions about future growth.

“I trusted advisers’ professional opinion,” Jones, whose children are aged between and 17 and 27, says about the deal. “It is very much a confidence game about future returns and I bought into it,” he says. “I feel stupid about the outcome. I should have done more due diligence.”

In 2010 Jones accepted an invitation from a cold caller to have an adviser from Reventon, a Melbourne-based property company, visit his Eltham home for a “free” consultation valued at $300.

“He presented himself as an independent investment adviser to help professionals leverage their income tax for investment,” says Jones, a vice-president of a mining equipment company…

Jones later attended a personal presentation at the company’s plush St Kilda Road offices where he was recommended off-the-plan investment opportunities in Mango Hill, about 39 kilometres north of Brisbane, and Rockhampton in northern Queensland, about 550km north of Brisbane.

“We were flown to Mango Hill where some senior citizens picked us up and gave us a tour of the estate they said they had invested in,” Jones says. “The old ladies said it was fantastic.”

His purchase was financed with two loans with interest rates of more than 7 per cent.

The intention was to find a tenant and let rent pay off the mortgages as rising capital boosted the resale value.

But property prices tanked and the highest weekly rent was $350, which meant an annual shortfall of about $12,000.

Jones estimates total commission payments to be more than $40,000…

I think the reason we don’t hear more about this sort of thing is because people do feel foolish. The believe the hype they’re fed and they’re too busy to do all the research needed. But when they look back in hindsight, all the signs are there and it just seems so obvious.

And so they feel a bit silly, and just say nothing.

It’s a lot more common than we think.

And this is the classic conflict of interest that blew up in the early days of the Banking Royal Commission.

If your independent financial advisor is also getting a commission on the products they sell, then they are not independent. They’re not even an advisor. They’re a salesperson.

And this is the trap poor Mal fell for – someone masquerading as an advisor, when really, they’re only agenda is to flog off stock.

There are really only a handful of us in the game that are truly independent. I have never sold anyone a property and I never will.

I mean how could people trust the education systems if I did?

The other thing I would say is that my students would also never fall for something like this – because one of the first things we cover is how to properly research a deal – how to know where market rents are at, what the growth prospects are, and how particular properties are likely to perform in particular locations.

There’s a whole lot more to it than that, but this is where we start.

So thanks again to Mal. You’re a brave man for speaking up. I only hope more people follow your lead.

And be warned. Make sure your ‘independent’ advisor really is independent. Ask them where they make their money.