“I dodged a bullet”: How a property investor survived being sued and created a million dollar’s worth of equity in just two years.

Neil had a substantial property portfolio but, like many Australians who had fallen into the negative gearing trap, it was costing him $20,000 a year to hold on to it.

When he was sued and almost lost everything, he realised there had to a better way. In just two years, he has made his portfolio and wealth ‘bulletproof’, while completely turning his portfolio around.

In 2008, Neil and his family were sued. Neil had rented one of his investment properties to three women with disabilities and they had a carer who visited occasionally. One day, as the carer negotiated a situation with two of the tenants, she fell off the back steps and hurt her back. As an ‘uninvited guest’ in the eyes of the law, she decided to take Neil to court, engaging the services of a no win – no fee lawyer.

The case took a strain on Neil’s family and was a constant source of stress. Neil and his wife, Anthea, had their personal belongings packed up in boxes because they thought they were about to lose it all.

It came down to the crunch at a compulsory mediation, which included the government agency that the carer worked for. In a safety assessment that had been undertaken on the stairs, it was found that a handrail needed to be put in place.

At the time of the accident, the stairs had a handrail. The lawyers argued that the assessment called for a second hand rail. However, Neil was able to present a receipt that showed that he had put in the existing handrail after the safety assessment had been done. The government still tried to pressure him to contribute to the settlement, but Neil held his ground. In the end, he didn’t need to contribute anything to the settlement, although the process cost him around $10,000.

“I think that lawyer looked me up and took one look at my portfolio and said, ‘Yep, there’s money here. Let’s go for it’.”

This was a wake-up call that Neil needed. With his portfolio costing him money each year, he knew there had to be a better way of doing things.

When a friend introduced Neil to Dymphna Boholt, it lit a fire in him and Neil threw himself into education. He attended 43 events in just over two years – and his commitment has paid off. Neil has restructured his portfolio, increased his equity by more than a million dollars and has created an expected $63,000 a year in passive income.

This is Neil’s story.

Like many investors, Neil made the mistake of putting the properties in his portfolio under his name. This meant that all of the properties would be at risk if he was to be sued. In fact, as Neil found out, without the proper defences in place, he was an attractive target for litigation.

“You think, ‘Oh, that won’t happen to me.’ But it does. You really have to protect yourself.”

Neil was relieved to find that Dymphna Boholt is one of Australia’s leading experts on asset protection. He used the templates and legal support on offer through the I Love Real Estate community to restructure his portfolio into trusts and created a defensive wall around his assets.

After the stress of being sued and the prospect of losing everything, Neil and his family have found peace of mind.

Deal 1: Create four blocks out of one

While inspecting his portfolio with the ILRE mentors, Neil realised that one of his properties in the Brisbane suburb of Salisbury had serious potential. As a large block with a single Queenslander, it could be subdivided into four separate blocks.

As a large sloping block, Neil realised that he could get more for each block if he put in a retaining wall and levelled the blocks out. He’s always looking for a way to save money, so he decided to build the wall himself – all 100 metres of it! He even roped his wife and kids into helping him lift in 100 concrete sleepers – at 80 kilograms each.

Neil also decided to do the perimeter fences himself, which stretch 200 metres and comprise of 50 posts and thousands of palings. However, his mentors have encouraged him to outsource and leverage, especially when there’s a huge profit in the deal already.

While the profit on his first deal was fantastic, Neil still hadn’t sorted out his cashflow situation. Luckily, his education had given him fresh ways of looking at property, so he went back to a four-bedroom rental that he owned and decided to turn it into a five-bedroom rooming house.

The property had a large lounge room which he converted this into two bedrooms and turned one of the other bedrooms into a lounge. He then put code-locks on the doors instead of keys, and put televisions in every room.

These changes cost Neil $22,000 and after expenses, this property now makes him more than $25,000 a year in passive income.

Following the success of his previous rooming house deal, Neil decided to revisit his old home, which had become a five-bedroom rental. The bedrooms in this property were very large, and Neil has decided to add ensuites to each of the rooms to increase their earning potential.

“I’m not sure what my next deal will be, but I’ve made such great contacts in the Platinum Program that I’ve become a money partner in a number of other people’s deals.”

No price on peace of mind

Neil and Anthea feel much more confident about their financial situation. They can sleep with peace of mind knowing that their portfolio, their wealth and their family’s future can no longer be taken away from them.

Neil has also found a new sense of purpose. He loves the community he has found through ILRE and the Platinum Program and he’s excited to start working on deals with other people. 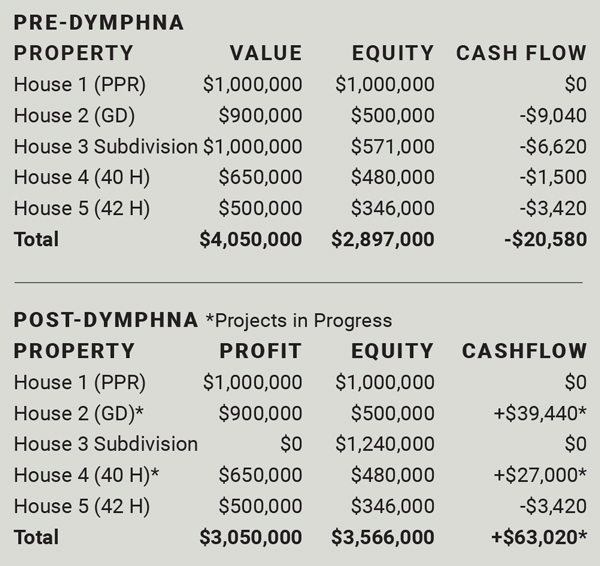 “In the beginning, it‘s all about the money but after a while, you realise what’s important: the giving [and] the sharing. Together, we can do so much more than we can as individuals.” 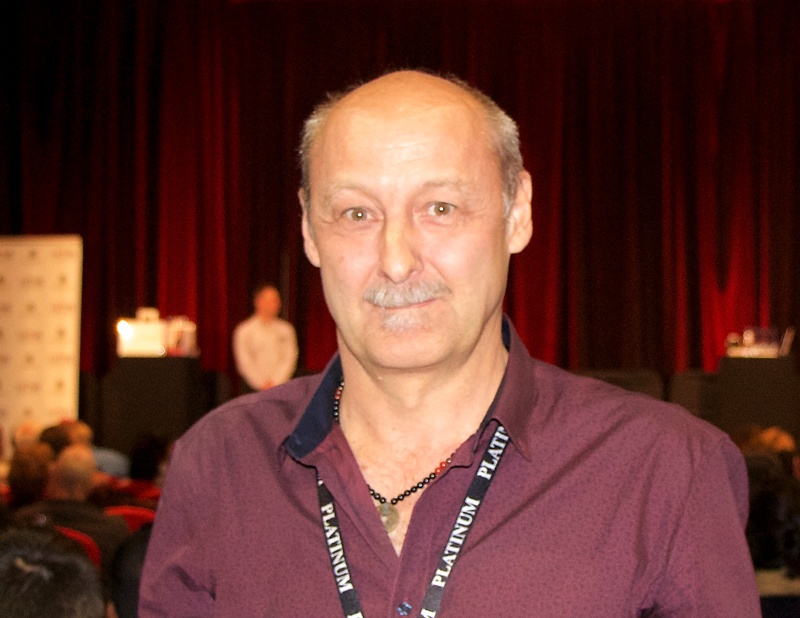 “I’m not sure what my next deal will be, but I’ve made such great contacts in the Platinum Program that I’ve become a money partner in a number of other people’s deals.”