How the son of refugees is building an expected $300,000pa passive income stream in just over five years.

John is soft spoken and humble. He never talks about his results with property, other than to say “I’m lucky enough to be earning six figures a year now.” When Dymphna Boholt asked him to share his remarkable story, he only agreed to open the books on the hope that it might inspire others.

John grew up in the Kensington Housing Commission flats in Melbourne. They weren’t pretty when they were built and they haven’t got any better. John’s parents worked sewing clothes for minimum wage. As refugees from Vietnam with no English, it was all they could do.

Watching his parents work so hard for so little inspired John to apply himself. He studied hard and got good grades, eventually graduating with a Pharmacy degree from University.

From there he got a “fairy-tale” job, working at a pharmacy just 100m from where he grew up. However the fairy tale soured when the pharmacy ran into hard times and he became redundant.

He found himself living back at home, with just $3.67 in his bank account.

To make matters worse, with the wolf of depression lurking around his door, his girlfriend left him. He admits he wasn’t fun to be around in those darker days.

However, it was all the wake-up call he needed. He never wanted to be so dependent on a single source of income again. Finding an ad for Dymphna’s program in the newspaper, he sussed out the training on offer and he threw himself into his studies.

The Right Tools in the Right Hands

With John’s work ethic and natural optimism, the strategies he learnt with Dymphna Boholt became a formidable weapon.

He started small, with a three townhouse subdivision, but from there, there was no looking back.

Over the next 5 years, through a clever use of subdivision and small-scale development, John built a massive real estate portfolio. When current developments are complete he is expecting to have 42 properties, $8 million in equity and up to $300,000 a year in passive income!

John’s first deal took a while to land, but was relatively straight forward. He bought a property in regional Victoria for $480,000. He subdivided the property into two, renovated the front house and built two townhouses on the back. With an end value of $1.5m, and earning $1,300 a week, the property earns John $20,000 a year in passive income, and gave him $700,000 equity to work with.

Remember, this is just the beginning!

“At the start it feels daunting and scary. You think, ‘why aren’t I getting results?!’ But you’ve got to keep your head up.”

In 2012, John got a call from the Ray White agency out of the blue. He had once asked them about a rental valuation for a property he already had in the area. They were calling him to let him know the property next door was coming on to the market. It was going to auction the next day.
John knew that having a side-by-side deal would give him lots of potential and since he was market ready through Dymphna’s training, he showed up to the auction and bought the property for $335,000.

Luck then smiled on John. Since the properties were close to a shopping centre, the council changed the zoning to high-density.

Where John had been talking to his architect about 8 Townhouses, the architect now reckoned he could fit a full 20 properties on the site!

That was exactly what John did, demolishing the property and building 20 units. With an end value of $5m, renting for $5,200 a week and providing $80,000 pa passive income, John has managed to keep all twenty properties for an equity lift of $2m.

How’s that for your second deal?

Deal 3: John Comes to the City

With a war chest to work with now, John then set his sights on metro Melbourne. He bought a large site for $400,000 that he felt had potential. All the architects he spoke to were telling him he couldn’t get more than two townhouses on the lot.

However, John wouldn’t settle for two. So he looked up the Council plans and found the architect in the area that was building the kind of thing he wanted to build. John called the architect up, who straight off the bat said, “Yep, no worries. We can get three on there.”

Staying in metro Melbourne, John’s next deal was bought off-market from someone working fly-in fly-out, with a long settlement.

This long settlement gave John space to get a large development going, building 5 townhouses on the block for an end valuation of $3.25m, and an equity gain of $750,000.

John then found two neighbouring blocks for sale in Metro Melbourne, listed with two separate agents. He knew that there was enough room for ten townhouses on the blocks. So he purchased one but negotiated 30 days for due diligence in order to ensure that he could get the second.

He did and those ten townhouses are now worth $11m, delivering an equity gain of $3m.

Deal 6: Why Not Another Ten?

John had found a development site off-market with enough room for another ten townhouses. On a purchase price of $1.4m, he negotiated a twelve month settlement.

However, CBA withdrew finance on him at the last minute, with just weeks left to settle. John called the owner immediately and apologised for the situation. She was ok with it, but needed $500,000 for the place she was moving into.

John offered to write her a cheque for $500,000 and settle the rest as soon as he could. He was getting the property 30% under market so he didn’t want to let it go. This sent his lawyer into conniptions, exchanging so much money without any security in return (and as Dymphna points out, there are other ways of doing these things).

However, John believes in the good in people and this deal worked out for the best. By best, we mean an end value of $4.2m on ten townhouses and a $800,000 equity gain.

“You’ve got to speak to the Universe and make your intentions really clear.”

Deal 7: The Power of Half An Hour

John then found out the neighbouring property to Deal 6 was coming on the market. He was volunteering in Malaysia at the time, but he called his architect to see how many townhouses he could get on the lot. He said ten and that would work. It was a five minute call.

He then called his mortgage broker. Could he get finance? Yep. Another 5 minute call.

He then called the real estate agent. Could he get a 6 month settlement and a 5% deposit? No worries.

Finally he called his parents and asked them to go to the auction on his behalf. They agreed.

In just half an hour he lined a great deal that will deliver the kind of results that John is used to.

A Believer in Education and Empowerment

John is now determined to give back to his community. He has created his own scholarship fund to help disadvantaged kids at his old high school. He is also the first Australian president of the International Pharmaceutical Federation.

John’s results are truly an inspiration to people – no matter where they start. In just five years, John is close to building a 42 property portfolio. This will provide him with an expected income of $300,000 a year.

To a large extent, John’s easy going and optimistic nature has created his own luck. However, it was the skills and training he received from Dymphna Boholt and the ILRE community that meant that he was ready to strike when opportunity knocked.

And as John’s mentors can attest, it couldn’t have happened to a nicer guy. 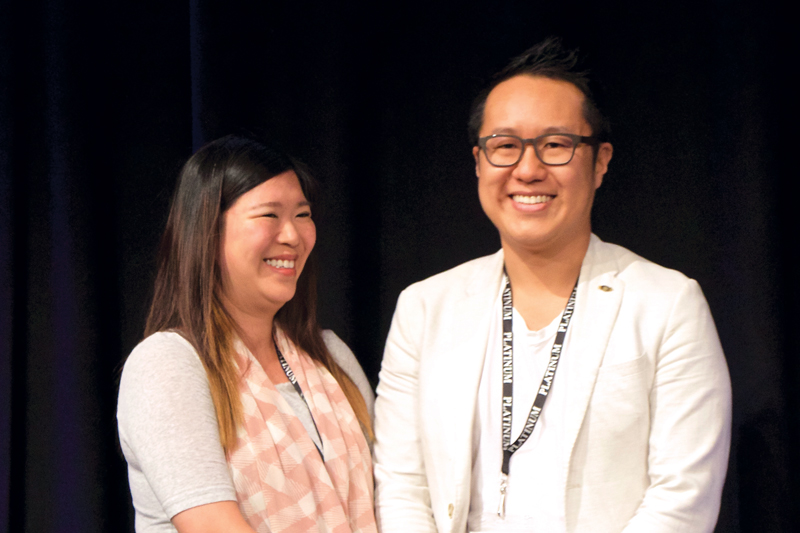 From Housing Commission to Housing Empire…