How Eric succeeded in “crushing” his poverty mindset, with $54,000 pa passive income AND over $6 million in profits in the pipeline.

Eric was a stranger to money. He left home at 17, having grown up with an alcoholic and abusive father and never knowing where his next meal was coming from.

It took him a long while to realise that his upbringing had left him with a ‘poverty mindset’ that kept him sitting on the sidelines. It took an old friend to pull him up on it: “YOU’RE SUCH A TIGHT-ARSE,” she screamed… at one of Dymphna’s seminars!

Eric knew that he had to adjust his attitude to wealth and money, and he believes that Dymphna’s holistic program really helped him “crush” his poverty mentality and open up to greater wealth and abundance.

However, he was just a few months into his first property deal when his son was born with medical complications. There was an irregular twitching to his movements, and he was rushed to Westmead Children’s Hospital, where the doctors couldn’t or wouldn’t tell him what had happened.

It turned out that his son had had a stroke and “one-quarter of his frontal lobe was blacked-out.”

Working during the day and spending all of his nights at his son’s bedside, Eric couldn’t give his project the attention it needed. Eventually he sold out his share of the deal to his JV partner, and gave all of his energy to his son.

However, as his son’s condition stabilised, and then got better and better, Eric resolved to pick up where he had left off. He built up his cash flow and serviceability through a number of sub-lease deals, before moving on to some major development plays, with financial backing from members of the ILRE community.

With $54,000 pa in passive income, and development deals set to deliver over $6m in profits, Eric’s story could be dismissed as ‘right place, right time’. However, Eric knows that mindset has a lot to do with it. “Ask and you will receive. Believe and you will achieve.”

“He had had a stroke. One-quarter of his frontal lobe was blacked out.”

Eric’s journey began with a number of sub-lease deals, taking the lease on from another party, and then developing to maximise returns. Eric had to sell out of his first sub-lease deal when his infant son became sick, however he liked the model.

In October 2015 he went and picked up another sublease deal on a three-bedroom house in Chippendale, NSW. His plan was to rent out each room individually. Not wanting to ‘join the herd’ offering single beds, he recognised the demand for housing professional couples, and so he decided to offer queen sized beds instead. Furnished simply, the rent for each room covered bills, internet and a cleaner and Eric soon found that there was strong demand for his product. Eric made his small investment back in five months, and it now delivers a net return of $13,860 pa.

With a model that worked, Eric acquired two more sublease deals, one bringing in a net return of $12,280 pa, and the other $23,720 pa. With three successful sublease deals to his name Eric was banking $49,860 pa and lost no time in dropping a couple of days work at his day job to give himself ‘investment days’.

“If you’re working on someone else’s dream, that’s energy that could be spent on your own dreams. I wanted to work on my own dreams.”

Eric wanted a development deal, and when a property came up for sale next to his in-laws in Chester Hill, NSW, he saw there was potential for an 8-townhouse development. Purchased for $800,000, development costs are set to come in at under $2.5m. The estimated value of each townhouse is $950,000, with a weekly rental rate of $650. Eric’s strategy is to develop and hold all eight townhouses, giving him a total end value of $7.8m.

Turning Nothing into $1.5m

Eric’s next deal practically “landed in his lap”. Having set himself up as the intermediary between two neighbouring properties, Eric found that a third adjoining property was coming on to the market.
Rallying financial backers from within the ILRE community, he purchased the property and started working on plans for a 23-townhouse development.

Eric now plans to sell the combined properties to a developer. With a 25% return to each party, Eric expects to walk away with $1.5m – $1.95m. Not a bad return on nothing but your expertise and enthusiasm!

Now that he has come this far, having developed his investing skills and having worked on his mindset, Eric knows the value of education. “Don’t be a tight-arse” is the first piece of advice he offers new investors.

Eric also stresses the importance of having a long-term game-plan in place. When he had the opportunity and the cash flow to drop back on paid work to focus on his own investing career, he knew it was a move that aligned with his own long-term vision.

But most importantly, life is far too short to spend your time working on other people’s dreams. You’ve got to live your own dreams. 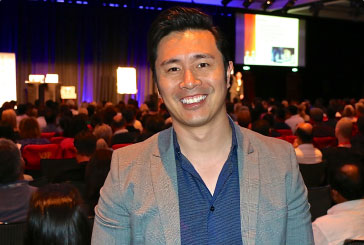 “Everyone needs a mentor – someone who can push you to your limits. We all have greatness buried within us. We just don’t realise.”