How Christine used property to get Brad out of a toxic workplace and create $138,000 in passive income!

After being forced to deal with a bully boss, Brad was slowly but surely inching towards a mental breakdown… until his wife, Christine, decided enough was enough.

Brad and Christine were the typical Australian couple. He was an employee, while she was a real estate agent.

But they had a dark secret. Christine was suffering from an anxiety disorder. While Brad was on the road to a mental breakdown. Brad recently decided to sell his business because his partner was a bully.

You’d think his troubles ended, but that’s not the case.

Because selling part of the company meant that he stayed as an employee… with the same bully.
This took a toll on his mental health.

Brad was working long hours, and when he got home was exhausted. The adrenal fatigue was getting worse.

One day, Christine sought professional help. And the psychologist told her to get Brad out of there.
But how could she, when he was the breadwinner?

What happened next, while Christine was scrolling on Facebook she saw a blonde woman, by the name of Dymphna, talking about her Property event in Brisbane…

And it just so happened… They were in the area that same day!

With no expectations, Christine dragged Brad along. One thing led to another, and they found themselves signing up…

And then for the boot-camp… Then Millionaire Within…

This series of events completely turned their life around!

“When you want to do something bad enough, you do whatever it takes.” – Christine

Now two years on, Brad and Christine earn $138,000 in passive income. And they made a million bucks, during the COVID-19 pandemic!

Want to know how they got started?

Deal 1: Get Rid of the Crap

Before joining ILRE, Brad and Christine had two properties. One was a home for their kids. While the other was a property that tied Brad to his bully boss.

After a session with the ILRE’s coaches they were told to get rid of them!

You see, the first property was not making money. And it would be better for their kids to buy their own property.

The second… Well, it was making good money. But Brad was getting out of the clutches of his business partner. And that property wasn’t helping him.

Christine and Brad started to get income when they bought a block of units. It was located across the road from a very popular hotel and one street back from the beach.

The place was falling apart! Asbestos paint was peeling, all of the wiring wasn’t encased properly…

It was truly an ugly duckling!

But they decided to do a renovation in just six weeks. Brad did all the work! He lived in one of the units while renovating. And when it was done, they were earning $53,000 in passive income.

After her initial success, Christine finally met Dymphna, and was introduced to Airbnb…

“What Dymphna said to me in that meeting just changed my life. She’d said I needed to look into this thing called Airbnb, which I had never heard of. And that was where all this started.” – Christine

Before they attempted to list properties on Airbnb the couple decided to stay in one.

Their experience was a complete disaster! The property was stuck in the back of someone’s yard… with no bathroom.

Brad and Christine realised that no matter how terrible the place was, people were booking it. The owners were making money. That convinced them to buy another block of units. Brad once again renovated one of the units.

Then COVID-19 hit. And the property sat there fully furnished, ready to go, all styled up.

Christine finally decided to stop letting it sit there… And listed it on Airbnb and they were off.

With the additional passive income of about $41,000, this allowed them to buy another duplex. And they found one about 10 minutes away.

Once again, Brad did his magic.

Initially, the couple wanted to list the first unit on Airbnb and the other half for long-term.
But as of this moment, both units were added to their Airbnb listings and make good money.

Deal 5: Due Diligence and Equity Uplift

With one investment, the couple signed a conditional contract on building and pest. But later learned that that’s not where the building’s problem lies.

It was the illegal wiring.

Air conditioners, fans, lights… were plugged into leads poked through the wall… And the roof itself was a real hazard.

Luckily, they avoided all that thanks to their due diligence clause. The ILRE’s Professional team drew up the clause that protected them from this dud.

After dodging this bullet, they invested in a triplex property.

The value of that property is now worth more than what they bought it for.

“You know, I just can’t say enough about this program because it’s changed our whole lives.” – Christine

A Better Life Through ILRE

Brad and Christine completely change their lives for the better. Their mental health is now in tip-top shape. Brad is out of a job… “I’m not in a J-O-B. I’ve got a life”.

The best part of their property investment journey is that the couple now gets to have a life.

No one is telling them what to do, so they can afford to spend a lot of time on the beach. They can now take time off whenever they want.

Christine says that when it comes to property investing 95% is mindset and property is just 5%.

Why? Because without the right mindset, property is nothing. That’s the most important thing she and Brad learned since joining I Love Real Estate.

“It‘s the friends you make in this community, that you make nowhere else. It‘s as simple as that. You just have the support and you‘re able to talk to people that are actually supporting you as well. You don‘t see that anywhere else. Unbelievable.” – Brad 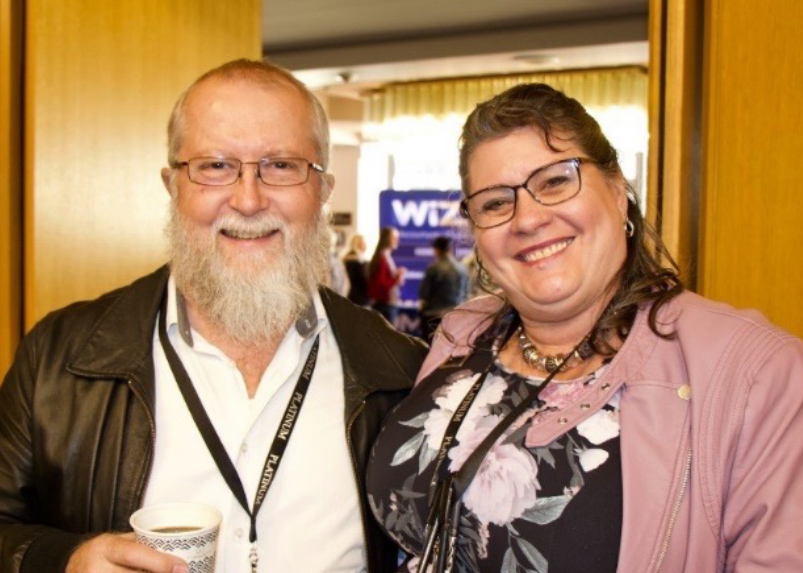 “You know, I just can’t say enough about this program because it’s changed our whole lives.”