How a woman who used to queue for charity food turned just $13,000 into almost a million in equity and six figures of passive income in just 3.5 years!

Corina grew up poor. She remembers queuing with her mother for their 10 items of charity food, and always struggling to make ends meet.

When her mother passed away when Corina was just 15 years old, things went from bad to worse. At one point, she had to take three days off school because she couldn’t even afford the bus fare and she was too embarrassed to ask for help.

As a young woman, Corina had been waiting on her mother’s inheritance to make a start of her own, but when she found out that her estranged father had lost the inheritance in his business, she was devastated.

If ever anyone had an excuse to feel sorry for themselves, it was Corina. But she had no appetite for excuses, and having read Dymphna Boholt’s story, she thought, “if she can achieve all that as a single mum with a baby in tow, I can do anything!”

And so she signed up for Dymphna’s program, on the payment plan, though even that was a struggle some months. However she was determined to make it work, and her results have been nothing less than spectacular.

She is not that poor little girl anymore.

For her first deal, Corina worked the real estate agents really hard, scouring the market for a great deal in her price range. In April 2013 Corina found a house in Notting Hill for $565,000.

Using her savings and her First Home Owners Grant as a deposit, she purchased the property but also negotiated a two-year settlement. She also relocated her life from Melbourne to Sydney, took on a PAYG job for serviceability, and rented the property in the mean time. Her strategy was to renovate while living in it and then to sublease it out room by room as a HMO.

“When money ran low my girlfriends came around and helped me paint my house… in exchange for polishing off the last of my alcohol!”

Renovations were complete prior to settlement and cost her a total of $10,000. She leased out each room at a total of $615 per week (plus bills), a strategy that nearly doubled what she would have received if she rented the entire house at the market value rent of $350 per week. Corina recently picked the area’s top-selling agent to help her sell the property $918,000, earning her a tax-free profit of $300,000.

The power of no-money-down deals

With her creative juices flowing, Corina continued to seek savvy deals. She connected with a deal finder and a money partner she had found through the ILRE community, and for her time and energy she takes 15% on the deals they make.

“He said, ‘People think there are no deals out there, but I see them all the time.’ So I connected him with a money partner and they cut me in for 15%.”

In May 2015 the team purchased a commercial property that came with two shops and one unit in Frankston, VIC for $465,000. They renovated the shops, leased them out and saw an automatic valuation uplift. They now plan to divide the unit from the shops on the lease, and then subdivide the land and build a four-bedroom two-bathroom house. Their development costs will come in at $587,000, with an estimated valuation of $1.4m, leaving them with an anticipated equity gain of $344,282 and a positive cash flow of $34,000 pa.

In July the team went on to purchase another commercial property in Monbulk, VIC for $350,000. They plan to knock down the shop, rebuild it and subdivide the land and add a four-bedroom two-bathroom class-three boarding house above and behind the shop. This project is estimated to cost $630,000 with an end valuation of $1.2m, delivering an equity gain of $220,000 and cashflow of $30,000pa

With a passion for watching the underdog succeed, Corina’s latest real estate foray is creating ‘House in Multiple Occupancy’ (HMO) deals. She’s recently signed two leases for adjoining properties in Coogee, NSW where she intends to build an additional bedroom and then sublease each room out individually. As part of her market research, she put up an add on gumtree asking for $370 to $400 per room and could not keep up with the enquiries.

“You’re not on this planet to be stuck in a job.”

Due to the unexpectedly high demand for her first HMO, Corina repeated her strategy with the house next door. Again, she was allowed to sublease and convert it to a four-bedroom house. This time around Corinna pays a weekly rent of $1,000, furnished the entire house for $3,000, built the fourth bedroom for $1,000, paid $3,500 for insurance and expects a rent of $1,670 per week. This subleasing deal is expected to put an extra $520 per week in her pocket – or $27,040 a year.

Fresh off the press, Corinna has just signed a contract for 8 units in Goondiwindi QLD, all on the one title, with a long-term settlement. She pays $35,000 upfront and settles with the vendors in March 2018. Prior to settlement Corinna plans to renovate, create the strata title and possibly on-sell some of the units.

This deal will be negatively geared at first, but not for long. The renovations will cost $200,000, with an additional $200,000 reserved for obtaining the strata title and any other unforeseen costs involved. However, the anticipated final valuation is a conservative $1,400,000, with an anticipated equity uplift of $520,000, anticipated rent of $91,520 pa and an anticipated positive cash flow of $35,520 pa.

She also says that you have to overcome any shyness and network with everybody. You just don’t know where your next deal is coming from. 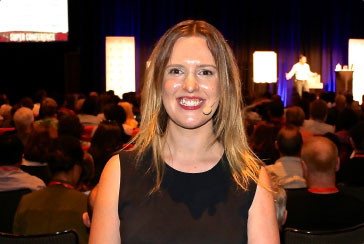