How Gloria rewrote her life story… And replaced her income in just three years!

Having raised two kids on her own and having worked hard to build the small amount of equity she had in her house, Gloria didn’t want to take chances.

She couldn’t bear the thought of having to start over. But Dymphna gave a strategy she could believe in. The only things standing in her way now were her own demons and her own past.

Gloria had been a single mum for twenty years after escaping a tumultuous marriage. She had worked hard providing for her son and daughter from a young age, but when she suffered a back injury in 2013, she realised how precarious her financial situation still was. She needed a back-up plan.

When she met Dymphna, she immediately resonated with her. Only single mothers can know how hard their road truly is and she was convinced that anyone who had made those sacrifices for her own children would surely do their best to help others in their journey, with passion and integrity.

However, as she commenced her studies with the ILRE community and as she began the deep inner work that brings the fullness of your being into alignment with your goals and desires, she realised that her past was still haunting her. Gloria recognised that the legacies of her past would always hold her back unless she could find a way to work through it.

“As a single mum, it’s hard to find time to look after yourself. The ILRE community encouraged me to get healthy, so I started running. I couldn’t get past five letterboxes without running out of breath. But I said, tomorrow I’ll do six, then seven. Now I can run 8km without stopping. AND I’ve lost ten kilos!”

With Dymphna’s support and in the safe workshop of the ILRE community – where the desire to reinvent yourself and be the author of your own life is honoured and celebrated – Gloria slowly began to turn things around. She worked on herself, confronted her fears and limiting beliefs and gave herself permission to dream again.

Her health improved, she became brighter and more optimistic. She built a granny flat on the back of her PPR and secured two rooming house deals, which became a rich source of cash flow. With her investments now netting $74,000 a year, she has managed to completely replace her income and cut back to three days a week work… and all that in just three years!

Like many real estate journeys, Gloria started with her PPR to build a base to work from. She replaced all the floor boards and doors, and gave the interior a new coat of paint – doing it all herself until her arms ached! She increased the valuation by $60,000.

She also had a large backyard that no one was really using, and was just a headache to maintain. So she developed plans for a granny flat. The plans were reasonably straight forward, but they still took 12-months to get through council. While many would have been put-off by the repeated knock-backs from council, Gloria persisted, until a letter from an Environmental Lawyer finally got her over the line.

The granny flat cost $120K to build, increased the valuation by $92,000, and is currently rented out for $420/wk. As Gloria says, “This income gave me my first breath in years. It was a tremendous boost.”

For Gloria’s next deal she went looking for something with a low entry point. She knew that serviceability was going to be an issue on her current income. This search took her over to South Australia.

Gloria found a large place with potential for 7 bedrooms, and an attached granny flat. She sent a family friend to look at it and they said that they would never touch it. It was just too old.

However Gloria would not be deterred and after flying over for a quick inspection, purchased the property for $280,000. She then took annual leave to fly over and do the renovations, lining up all her tradies to be ready to go as soon as she landed. With her team in place, and putting in long hours, Gloria turned the property into a 5-bed rooming house.

Deal 3: Finding Love Again… Next to the Police Station

With some room to breathe and her children out most nights these days, Gloria decided that maybe she deserved somebody to love too. While Gloria found scrolling through a dating website funny at first, she eventually plucked up the courage to go on a few coffee dates.

Still carrying the scars of her past relationships to men, it was a long and slow road back to being able to trust someone with her emotions and physical safety. However, her personal growth had its own momentum now and, utilising some manifestation techniques she learnt from Michael Dempsey, she eventually met Andrea – a solid and wonderful man whose support has “made an enormous difference to (her) life.”

Gloria puts her ability to find love again down to the healing that has been central to the personal development she’s found within the ILRE community. As she says, “I feel this in all aspects of my life now. I feel whole again.”

Following the success of her first rooming house deal, Gloria is aiming to rinse and repeat her strategy, again in Adelaide.

Gloria got the price she needed to make it work, and even negotiated to keep all the furniture! The property is currently tenanted, but when the lease expires, Gloria will begin renovations.

After expenses, this property will be delivering $22,000 pa passive income.

The Story is Re-written

Gloria now has the backup strategy she was looking for. Her investments now pull in a net $74,000 a year, and this has allowed her to cut back to three days a week at work. What’s better, this money is coming in no matter what happens to Gloria. She has the peace of mind she was looking for.

Now believing that complete personal transformation and healing is possible, Gloria wants to help others, working as close to the source of trauma as possible.

She has recently started working with a group of young disadvantaged girls, many with histories of abuse, in Mt Druitt, Sydney. The 6-week mentoring program, called “Girl Power” covers everything from goal setting to budgeting, helping them to find the power that Gloria believes lives within everybody.

Looking back, Gloria is extremely grateful for all the support she has received from Dymphna and the ILRE community.

“When you make changes to yourself, you attract the people you want to meet into your life.” 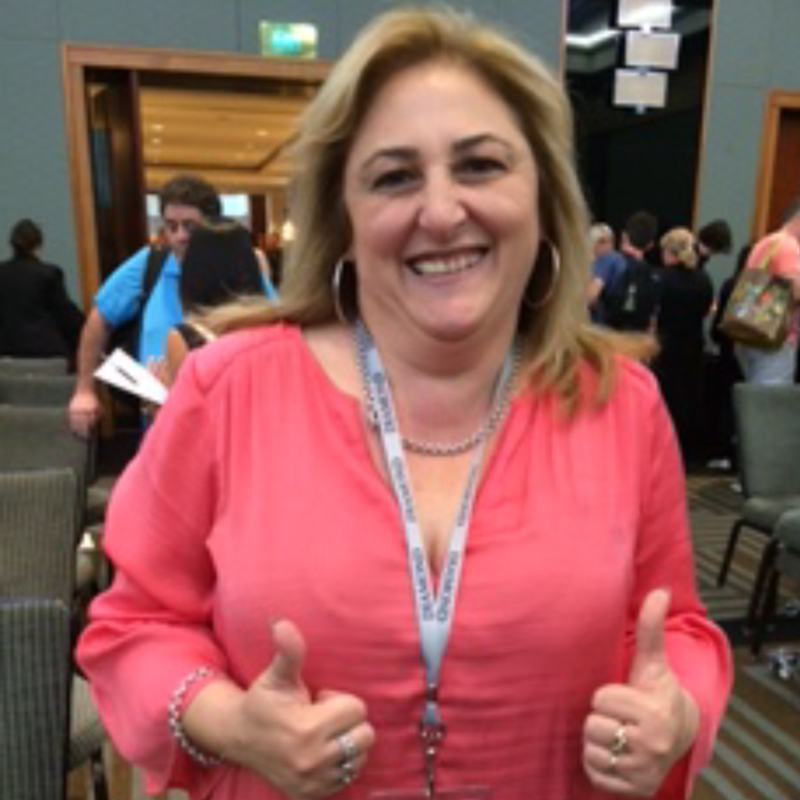 “Words can’t express how much this has changed my life.”