How a fortune is made: Susan’s portfolio generates over half a million dollars cash flow every year!

It cost Susan everything she had to leave South Africa, but after the second car jacking, she knew her family’s safety had to come first. Starting over in Australia, she has built a phenomenal property portfolio, valued at almost $10 million, and paying her over half a million dollars every year … and all in the space of less than 10 years.

Susan’s son has cerebral palsy, and to be able to immigrate to Australia, she and her family had to pay for a number of lengthy and expensive medical procedures. But after the armed robbery and the second car jacking, Susan knew that they just had to do whatever it took.

Whatever it took ended up being everything that they had, and Susan arrived in Australia with no job and just $5,000 to her name. However, she and her husband quickly found work, and set about rebuilding their life.

“It’s terrifying when someone sticks a gun in your face. After the third time, I thought, That’s it, we’ve got to go.”

Susan knew that property was a fantastic road to wealth, and she had completed a number of deals in South Africa before coming over to Australia. However, she really wanted to understand how the property market in Australia worked – including how property law worked, the best tax and ownership structures, the kinds of deals that were possible, etc.

After some research, she found Dymphna Boholt, who was the expert she was looking for. Furthermore, the ILRE training contained everything she needed to know. Soaking up the education that was on offer, Susan quickly set about rebuilding her fortune.

It started with a small renovation deal, which set her up for a subdivision deal, which then set her up for two large and profitable development plays. Her personal investment portfolio is now worth $9.1 million, it generates over half a million dollars in passive income, and she’s generated almost $10 million in profit along the way. And, she’s managed to achieve all this in less than 10 years. This is how her incredible journey played out.

Deal 1: Getting a Toe Hold

Susan managed to execute her first deal with no money of her own. Leveraging off the First Home Owner’s Grant, which at the time was $7,000, she managed to borrow the rest of the purchase price off the bank. Scratching enough together for a small renovation, Susan sold the property a short while later for a profit of $20,000.

“I did my first deal without any money. It was all first homeowner grants and a mortgage.”

Deal 2: The deal that keeps giving

Doing a joint-venture with a friend she had made at an ILRE property event, Susan picked up a vacant parcel of land for $350,000, with a 12-month settlement. She then subdivided it into eight separate lots, keeping two for herself and giving one to her JV partner. She sold off the other five lots for a cash profit of $160,000.

Having built equity and having increased her income and serviceability – all while continually investing in her education – Susan was now ready to go after the big one.

She found that in the form of a large parcel of rural land that had recently been rezoned medium density. Purchased for $3.75 million, Susan and her JV partners are in the process of building an incredible 159 townhouses and 12 apartments.

Not only that, but Susan plans to keep 10 townhouses and the retail centre with 11 apartments for herself. She also maintains management rights on the property, as well as ownership of the local solar grid, both of which provide operational income.

So on top of her profit share of almost $10 million, Susan will receive over half a million dollars of income out of the property every year.

After another couple of deals – which were great but small fry in the scheme of Susan’s story – Susan is now in the process of negotiating a large commercial centre in Noosa. The property already has three tenants, delivering a net rental income stream of $236,000 per annum, but Susan plans to develop the property, and put in an organic market, a tech incubator and some student accommodation among other things.

Susan expects that, when completed, this property should deliver around $750,000 a year in passive income.

Having rebuilt her fortune many times over, Susan isn’t slowing down anytime soon. For people willing to invest in themselves and to take action, the opportunities really are endless.

“It takes a lot of sacrifice and will-power, but you also need support. I couldn’t have done this without my JV partners and the ILRE community.” 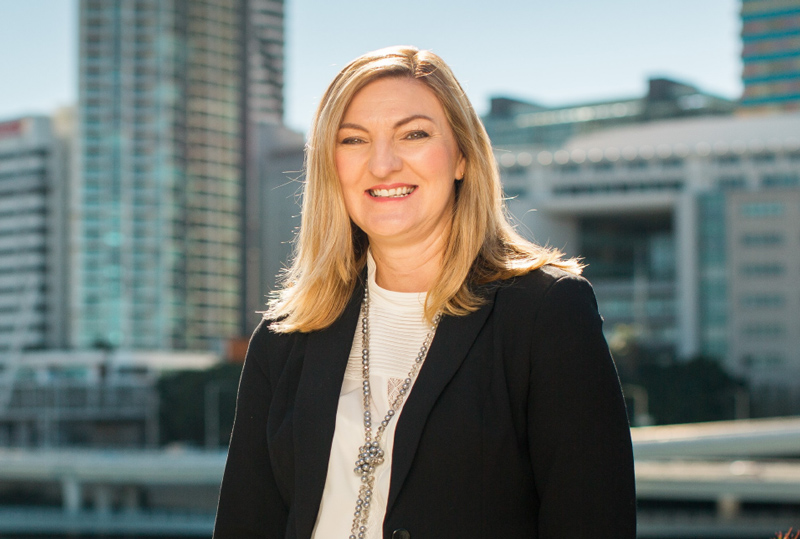 “I did my first deal without any money. It was all first homeowner grants and a mortgage.”