How a boy from Sri Lanka turned $40,000 into $32 million of property deals in just five years.

When Shiral and Chani came to Australia, they started working incredibly hard, but Shiral could see there was no future in “trading time for money.” Using some creative “no-money-down” strategies, he built up enough wealth to start doing large scale deals on his own, and he now earns over $100,000 a year, just from his investments. This is how he did it.

Born into a humble household in Sri Lanka, Shiral never had much money growing up. He remembers at one stage his father didn’t have enough to pay for his karate uniforms, and he had to quit.

When he was 17, Shiral’s father suddenly passed away. This taught Shiral that are no certainties in life so he became driven to work hard and become financially secure.

Shiral and his teenage sweetheart, Chani, worked incredibly hard to set themselves up. They studied very hard and came to Australia to work as nurses, both going on to do post-graduate study.

They both then got ‘good jobs’; Shiral became a Clinical Nurse Specialist and worked in management positions. To save for a house they both worked long shifts, often leaving at 6:30 in the morning and coming home at 11:30 at night.

“A lot of people at work said, “Oh you’re going to go broke. You’re not going to make it.” I didn’t argue but I didn’t let it stop me either. Don’t listen to people who have never done anything.”

To make matters worse, Shiral couldn’t see a way out. Robert Kiyosaki, the author of Rich Dad, Poor Dad, says that a job is a short-term solution to a long-term problem, and Shiral knew that as long as he was trading time for money, they’d never be able to live the life they dreamed of.

One day, one of his colleagues invited him to a one-day event Dymphna Boholt was running, and this gave Shiral the hope he was looking for. He threw himself into the study materials, watching the training videos over and over.

“I’ve done very well, but I didn’t come up with any of this. I learnt these systems from Dymphna. I just made them happen.”

In the meantime, Chani was jealous. Shiral was spending more time with Dymphna than with her. But the study paid off. Shiral and Chani had just $40,000 to work with, but Shiral identified some strategies that could get them moving forward, and in his first deal Shiral turned that $40,000 into $150,000.

That gave Shiral and Chani the start they needed, and after another couple of similar deals, Shiral moved into larger development deals. His first was a 26-lot subdivision, which created over $2 million in profit for Shiral and his investors.

From there, Shiral and Chani were on their way. They have now organised two more deals, each one bigger than the last, and they have almost $32 million worth of property completed or in progress. More importantly, Shiral and Chani now earn almost $100,000 a year from their investments. This has enabled Shiral to quit his nursing work and stop trading time for money.

And, they were able to do all this in less than five years. This is how they made it happen.

Deals 1 & 2: Starting with nothing

Through all of his study, Shiral learnt about property options. An option is the right, but not the obligation, to purchase a property. That gave Shiral the ability to complete the deal before he was required to pay for it.

He found three vacant lots in north-west Sydney, engaged a builder, and sold them on as house and land packages. The option fee and the legal cost Shiral $40,000, but he created a profit of $150,000 on the deal in a matter of months.

This worked so well that Shiral did it again, turning a quick profit of $75,000 on another three-lot deal.

Dymphna had taught Shiral that it’s best to become an expert in a small number of strategies, rather than running around and trying lots of different things. So Shiral went for another option deal, only this time on a parcel of 11 lots.

Using the same builder, Shiral created half a million dollars in profit, of which his share was $400,000.

Deal 4: Into the big league

At this point, north-west Sydney was becoming too expensive, so Shiral went looking for deals in south-west Sydney. He did a letter-box drop himself, walking door to door on foot, dropping off bright pink envelopes with offers to buy.

This turned up a large three-acre property that Shiral engineered into a 26-lot house and land project. That deal alone has created over $2 million in profit.

Deal 5: A system that works

Shiral now has a system he knows and loves, and he has secured another 26-lot project in Sydney’s south-west. The DA is with the council now, and it should also create several million dollars in profit.

In just five years Shiral has created a personal fortune of over $4 million and has created an income stream of over $100,000 a year. He has quit his day job and finally has the time he wanted to spend with his family.

However, Shiral and Chani remain humble, and they currently sponsor five children in Sri Lanka through school and university. They want them to have the start in life that they had to fight so hard to achieve themselves.

“You need support, and that is why the ILRE Facebook group is so amazing. You put up a question, and 30 or 40 people will be there to help you. You can’t get that anywhere else.” 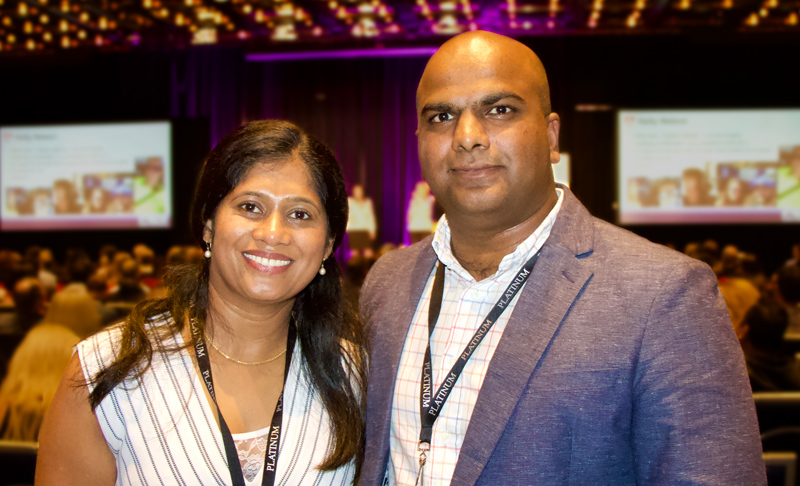