Before Dymphna, the more their property portfolio grew the more they had to work. How they achieved a massive turnaround in just 12 months!

Tack and Hoe Ping had a mantra they used to say to themselves: “You’ve got to stretch to grow”.

Their plan to buy as many properties as they could, keep them for 10 years then reap the rewards was failing dismally. They decided that perhaps educated stretching was required.

At one point, Tack and Hoe Ping owned 19 properties. They had 16 when they found Dymphna and started with the ILRE community. That sounds impressive but when you get that most of their properties were negatively geared it doesn’t end up looking as good.

In fact, they were negatively geared to the tune of $110,000 a year. Hoe Ping was working 5 jobs to help make ends meet and the properties weren’t increasing in value the way they hoped.

“We became slaves to our properties, instead of the other way.”

When their first baby came along and they were reduced to a single income things got really tough. It was then that they started looking for solutions, found Dymphna and almost immediately joined Dymphna’s high end coaching Platinum program.

At that time they were $90k a year negative cash flow, with 16 properties in their portfolio. Of course that was the perfect place to start. Of course all their properties were also in their own name, all cross securitised… They freely admit they had made all the investing sins they could make, so it was going to take some time to unravel those issues.

Going through their portfolio they found six that were dead weight and promptly sold them. One more property is still on the market.

They made the heartbreaking but smart decision to sell their PPR which was costing them $40,000 a year.

Luckily, a couple of their properties were in areas that had had strong movement and a revalue of those properties convinced Tack and Hoe Ping that they should keep those ones (even though they were still negative) because the capital growth was doing what they wanted when they bought them.

The solution of course was to convert those properties from negative to positive.

“Stretch to grow – but have the proper support along the way.”

With properties in the right areas, Tack and Hoe Ping were well placed to convert two of their properties into AirBnB to create positive cash flow. To add even more cash flow, one of the houses was in a busy area and they were able to rent out the car park separately to someone who worked locally.

Now focused on cash flow, their first deal since re-evaluating their portfolio was a commercial property in Cairns which was only partially leased. When the agent failed to find a tenant for the property, they took matters into their own hands and placed a simple Gumtree ad. This ad landed them a tenant within a couple of weeks.

There are considerable upsides with this property and Tack is looking at strata titling. Not just the three shops, but also the land at the back of the shops and the air rights above the building to the maximum building height in the area of 46m.

While Tack and Hoe Ping are still negative, the net effect of reducing their negative cash flow and adding some positive cash flow has been that they are now, almost neutral.

Tack and Hoe Ping came to the ILRE community just over 12 months ago. So all things considered, they have come leaps and bounds, digging themselves out of a financial hole in a very short space of time.

The big upside is that while it’s taken some time to unravel the errors made prior to getting educated, they now have a solid, well planned portfolio of $7.9M with a total debt of $4.4M. This means that they have plenty of equity to play with and the know how to make massive leaps in their wealth over the next few years.

Feeling very blessed that they have the education and the skills to turn things around, Tack and Hoe Ping helped their parents upgrade from an old house by doing a one into two build.

They are also helping other family members to get started in property investing and they are forming a closer bond together as a family without the stress of having to maintain massive negative cash flow.

The education and the action they have taken in the last 12 months has given them a new sense of direction and enthusiasm. They are loving life again and are excited about what they can create in the next 12 months.

“We had no problem reaching our goals, but they were uneducated goals. Now we’re trying to untangle that and fast track to where we should be.” 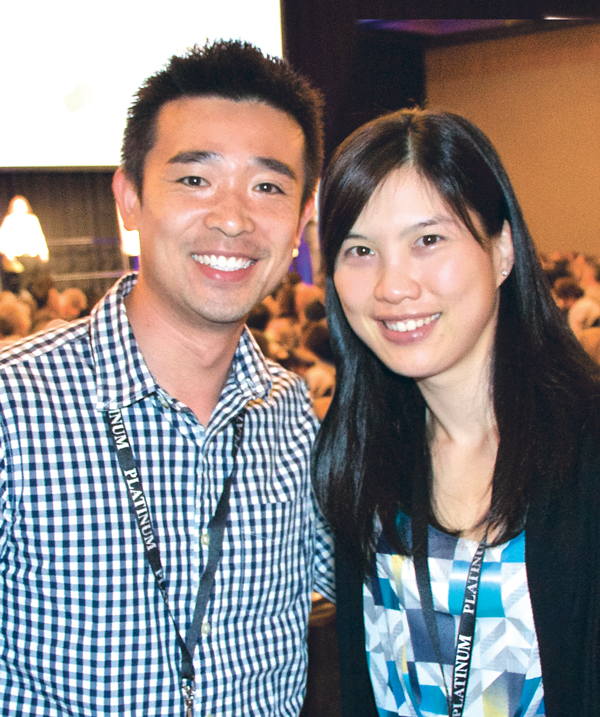 “Education and coaching is so important. Some mistakes can be very, very expensive.”

Actions we have taken since joining I Love Real Estate