After seven potential deals fall through, they stay positive and learn that persistence pays off.

Chanel was a governess from a cattle station in remote WA, while Kirsten had just finished a teaching degree.

While the girls joined The Property Games individually, they ‘clicked’ and decided that they could probably accomplish much more together.

Over 9 months, the girls threw themselves into seven deals, pouring a huge amount of time and energy into the feasibility studies and business plans to present to JV partners. However, it wasn’t until the 8th deal that they were able to lock one down and deliver.

Running out of places to look, they approached Real Estate Investar who sent them 20 potential deals. The girls sat down and did all the feasibility studies for each property in a single day, until they found one where the numbers really worked.

It is a one into three subdivision.

They will renovate the existing house and then either sell the remaining blocks, or build duplexes. With a purchase price of $560,000 the deal should deliver a profit of $130,000 or potentially more if they decide to do the development themselves.

Just goes to show that persistence pays off.

Dymphna has said, “It’s amazing how positive these girls are, no matter what gets thrown at them. They turn everything into a learning experience.”

With nine deals in nine months, the girls certainly learnt a great deal, especially when it comes to putting together a property proposal for potential joint venture partners.

They have now started their own business helping people prepare proposals from their templates: www.kcpropertyproposals.com. 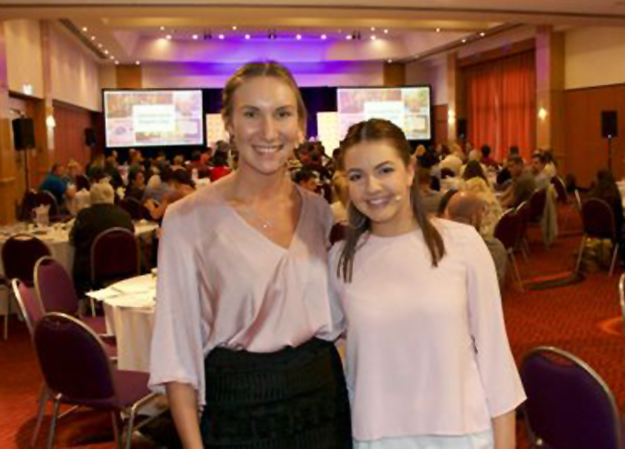 “We found a deal in Mundubbra, but Kevin said don’t go near it. So if dad says no… We called Dymphna and she said, ‘I love rural renos!’”

One into three JV

Reno the existing the house.

Selling the blocks as duplexes.

Trying to do a one into six.